It ain’t easy being a teen. No longer a little kid, but not quite independent. Identities are being forged; social dramas abound; limits are being tested; hormones are running amok; and you never know what your body is going to do on a daily basis.

“Adolescence is a hard time for self- esteem,” says Karen Wilhour, youth fitness and nutrition specialist at the Orokawa Y in Towson and owner of Klean Eating, a health-coaching business. Aside from genetics, self-esteem is probably the biggest factor in weight gain in teens. “Trouble often starts in middle school after people have been saying for a few years, ‘Oh, he’ll grow out of it.’”

That’s what Tricia Lynn thought. “He was skinny until about age 10,” she says of her son, Tyler. “Recess stopped, and he became less active, spending more time on video games. He wasn’t burning those calories. At the time, I believed it was just a phase.”

Around sixth grade, locker-room anxiety led Tyler to change in the bathroom stalls. By eighth grade, his weight had reached 210 pounds, and the seriousness of the situation was evident.

For Angelo, who was “never known as the ‘little kid,’” his mom, Christy Luis, says, “We knew he would weigh more than average because of his build and height. But when he was in eighth grade, his dad and I noticed that even with being active, he continued to gain weight.”

To avoid dispute, Christy treaded carefully with Angelo on the subject of weight. “Sometimes we’d avoid it because it felt we were constantly on him about it,” she says. “You don’t always want to tell your kid not to eat when he is hungry or ‘no chips’ when his brother and sister are eating them.”

In general, society today seems quicker to defend all body types, which can make it harder to choose change. Additionally, there tends to be some perception among boys that bulk equals strength. Initially, Angelo had coaches telling him “it’s good to be bigger for football,” Christy says.

But the doctor at Angelo’s annual checkups shared Christy’s concern. “By 17, his blood pressure was high. A year later, it was that of a 90-year-old,” she says. It wasn’t until Angelo saw “300” on the doctor’s scale that he was ready for change. “It woke me up,” he says. “And I was tired of seeing the unhealthy me in the mirror.”

For Tyler, excess weight created other health scares. “At 12, he was 209 pounds, struggling with asthma and developing a hump on the back of his neck. His doctor suspected Cushing’s disease, which could be tied to obesity,” Tricia says. With the pediatrician’s approval, she began a mission to put Tyler “not on a diet, but in control of his diet.”

“Diets are temporary, this is lifestyle change,” Tricia says, adding that the goal was to create a foundation of healthy habits that would carry her son through a lifetime. She had achieved significant weight loss herself, giving her an even clearer picture of what needed to be done. “I educated myself on nutrition and how the body works, and I started noticing exactly what my family was eating,” she says. “Our carbohydrate intake was out of control. I started focusing on making changes during the meals we had together. If I made the food filling and delicious, they didn’t miss the higher-carb items.”

Tricia also had Tyler make a “love it and leave it” list of foods he wanted to continue to eat — some items were open to healthy substitutes; other favorites stayed as is, for occasional indulgence, in moderation.

Physical activity is essential. “Get kids off screens and outside! They need at least 60 minutes of moderate exercise daily,” Wilhour says. “Set house rules, such as playing outside every day. Try for activities in 20-minute increments, such as relay races, tag and red light/green light. Kids will learn physical literacy, which is the ability to understand and execute movement with confidence.”

Not all children enjoy ball sports, she says. Explore martial arts, dance, rock climbing, hiking, scootering or swimming. Build activities into daily life: walking the dog, taking the stairs. And join them. Sign up for a family 5K. Take a yoga class together. Make family time out of activities that get everyone moving. And praise their efforts. Feeling pride is a powerful motivator.

Bad food choices often prove to be the biggest hurdle for young people with weight to lose. “Kids are expected to choose junk, and that can make it hard for parents,” Wilhour says. Angelo admits that at the start, he increased activity but paid little attention to food intake. Once he was ready to change that component, things fell into place. Now, when he encounters unhealthy foods, he trusts his willpower.

Tyler agrees that temptation is a challenge. “Don’t bring it into the house in the first place,” he recommends. “If there’s no option for it, you can’t choose it!”

Look to the community for support. Many grocery stores have in-store nutritionists who can meet with you to discuss family menu ideas and give your shopping list a healthy overhaul. If weight is a contentious subject at home, maybe your child would respond better to someone other than you. Your local Y can be a great resource for youth-certified health and fitness coaches, such as Wilhour. Two of their key objectives in working with kids, she says, are “to listen to them and to make it fun.”

Recognize that you are also a resource. “Making your health a priority encourages kids, because you are the role model,” Wilhour says.

Tricia agrees: “Kids follow what they see and hear at home, so it’s important to set a good example.” Her weight-loss journey started four years ago, at 245 pounds. She’s lost 90 pounds and has held steady for about three years. “I’m 50, and this is the healthiest and happiest I’ve ever been in my own skin,” she says. She also has logged nearly 2,000 hours of training and education in nutrition for health management and started a wellness-coaching business, The Weigh It Is.

Tyler took note of her success. “Seeing the change in not only her body, but her personality pushed me to lose my weight, too,” he says. “I’ve dropped down from 210 to 170, and I’m trying to keep going.”

“Don’t get overwhelmed by the prospect of change,” Wilhour says. “Look at the smaller picture, and do what you can. Start with short-term changes in diet and exercise on a weekly or biweekly basis. Maybe you can prep two healthy family meals per week. Later, maybe that becomes three.”

As Tyler has lost weight, he has grown his confidence and energy. He’s also gained impressive skills in the kitchen. His ability to cook healthy meals ensures that this is a lifestyle that will stick — and he’s even considering becoming a chef.

Angelo has lost 100 pounds, and his new routines of health, fitness and discipline have opened up a career path for him — he’s headed to the police academy in December.

“It’s boosted my confidence way above where I thought it would be,” he says. “It has made me focused on achieving my goals, and I have more energy and a more positive attitude towards life. Steadily work hard and strive for your goals and you will succeed.”

Courtney McGee is a freelance writer, cancer warrior, runner/triathlete and compulsive Candy Crusher. She lives in Towson with her husband, their three children and their high-maintenance rescued hound dog.
Previous Rules for the Game
Next Tame that Stress and Anxiety 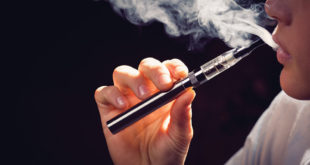