It’s that time of year when we all resolve to be better. Perhaps in 2020, you resolve to lose weight, quit smoking or be more kind. These are good resolutions. But I believe an important resolution you can make for 2020 is this: Use your phone less.

Put down your phone and engage with the world around you.

We have all become addicted to our phones. It is understandable. Our smartphones provide real value to our lives. We use them to connect with friends, listen to music, take photos, follow the news or research any and every passing thought that pops into our head. But their constant presence has brought us to the precipice of a mental health crisis.

Children are using devices and interacting with media at a growing rate. They are being put in front of screens instead of interacting with other humans and caretakers. According to Common Sense Media, children as young as 5 years consume over two hours of media a day.

Adults often use these devices in lieu of spending quality time with their children, spouses and each other. And despite being more “connected,” we feel lonelier than ever. Suicide and depression are rampant, even when we know that actual, real-life social connectedness is one of the most effective preventatives of both.

As a psychiatrist at Sheppard Pratt Health System, I’ve witnessed firsthand an alarming rise in the incidences of suicide and reports of depression among the general population, but especially in adolescents.

Research points to a disturbingly strong correlation between the cumulative time that teenagers spend on their devices with depressive thoughts and suicidal actions. And a 2017 report from the Centers for Disease Control and Prevention found that the number of high schoolers considering suicide has increased by 25 percent between 2009 and 2017.

It is this younger generation that concerns me the most. Readers from Generation X (of which I am a member) and older had the benefit of experiencing their formative years without the crutch of being able to text their parents or friends whenever they felt bored or lonely.

As a teen, I did not experience daily FOMO — “fear of missing out” — because I wasn’t exposed to an endless feed of photos and messages from every party to which I was not invited. The synapses and circuitry in my brain were allowed to form without a constant barrage of stimuli that has been shown to short-circuit attention spans and limit deeper cognitive processes.

As a psychiatrist, psychoanalyst and addictions specialist, I can tell you that we are currently raising a generation of young people who struggle to tolerate boredom. Instead of learning to sit with their thoughts, they compulsively reach for their phones. Instead of interacting spontaneously and deeply with each other and their environment, many are scrolling endlessly.

Instead of boredom being a signal to them that they should do something, it’s now too easy to just look down at their device. These attempts to cure boredom with devices leave users feeling depleted, uncomfortable and unable to actually think.

Your brain on smartphones

Do you remember the commercial that aired in the late 1980s during the height of the cocaine epidemic? An actor held up an egg and said, “This is your brain.” He showed us a pan and told us it was drugs. Then he cracked the egg into a pan and we watched it sizzle as he said, “This is your brain on drugs. Any questions?” It was an alarming mental image that I can still remember all these years later.

Your brain on smartphones is not quite as dramatic. Certainly, most of us can still function in spite of our digital addiction. But the statistics are alarming enough to make everyone think about the impact of the constant barrage of social media and access to 24/7 technology on our mental health.

Smartphones render our minds like a pinball, bounced around as we respond to texts, then bumped back to check our status and then knocked back over to answer an email. It’s a lot of work that leaves us feeling anxious and exhausted.

Our devices feed us these constant stimuli, and we gorge on it despite its uselessness, often to the exclusion of what’s going on around us.

Plug back into life

So what is the solution? I wish I had a silver bullet to fix our overdependence on technology. The fact is, smartphones are here to stay. It’s not realistic for most of us to completely unplug. But we can try to limit its impact on our mental health. Simply being aware of your use of technology will help you rein it in.

Here are a few suggestions to unplug:

Dr. Thomas Franklin is a psychiatrist at The Retreat at Sheppard Pratt. He is board certified in psychiatry and addiction medicine. For more information, visit sheppardpratt.org.

Baltimore's Child is written by parents like you. Want to contribute? Email us at [email protected]
Previous Pet-Palooza!
Next Gift Guide! 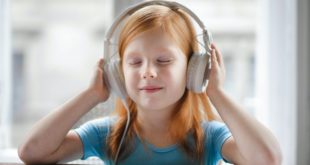 8 Radio Programs and Podcasts for Kids 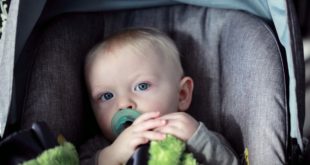 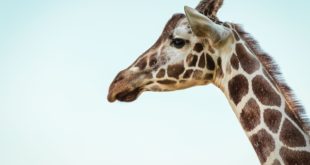