When I was in first grade, a boy in my class used to chase me around the playground and attempt to land a big fat wet kiss on my face. I couldn’t run away fast enough. As Valentine’s Day approached, I wanted to hide under my desk or skip school altogether, knowing the likelihood of an uninvited hug or kiss was imminent.

Learning how to give, receive and turn down affection in a manner that’s socially appropriate takes time. For children with special needs, factors such as issues with sensory processing and communication can add to this real-life challenge. To better understand what makes children feel the way they do about physical affection and, as importantly, meet them where they’re comfortable, I looked to the experts—both child development professionals and parents.

Kiely Law, M.D. is a research director at Kennedy Krieger Institute and the mother of Isaac, a 23-year-old with autism. Diagnosed with the disorder at the age of 3, he has always resisted traditional expressions of affection, says his mother. “He just wasn’t a cuddly kid. He didn’t want to sit on your lap and have you hug and kiss him,” Law recalls.

She now understands that her son’s seemingly indifferent response to her attempts at affection as a young child were likely due to his sensory sensitivities to physical affection. While many children with autism do have sensory issues, it’s important to note that they don’t always manifest the same way.

“Some people with autism are hypo-sensitive; others are hyper-sensitive, meaning that the slightest touch feels like a mac truck,” explains autism expert Rebecca Landa, Ph.D., CCC-SLP.

While some children recoil from touch, others crave it. Claire Holmes, a Baltimore-area mother to 17-year-old Charlie, who has Down syndrome, says that, particularly when young, her son craved connection—both interpersonally, as well as touch. “He was sensory-seeking,” she says.

Reflecting on her son’s journey toward adulthood, she adds, “He is now much more successful at putting on the brakes,” thanks to constant reinforcement and role modeling at home.

“Parents oftentimes expect their children to want to give affection in the same way that they do,” says Landa, director of the Center for Autism and Related Disorders at Kennedy Krieger Institute. “Many children, whether or not they have a known neurological disorder, have their own way of receiving affection. Think of the people you know in your life. They don’t always want to be hugged; if you hug them they’re rigid as a board.”

Alana McFall, a lecturer in the department of Special Education at Towson University and a mother of two, echoes Landa’s sentiments, urging adults to look at children—regardless of whether or not they have a disability—for who they are, and to get to know them as individuals.

“Many, many kids who don’t have a diagnosis don’t like to look people in the face and don’t like to hug,” says McFall, who also serves as an educational consultant and advocate for individuals with special needs. “We often make assumptions about what children should do, their role. Oftentimes, we assume they should be pleasant and cute. That’s not the reality.” BC

Elizabeth Heubeck, a native of Baltimore, is a former editor of Baltimore's Child and the mother of two teenagers. Currently, she spends much of her spare time wishing she was a gourmet cook (or at least a solid short-order cook), hoping the piles of laundry would disappear and, in the warmer months, battling weeds in her flower beds.
Previous Managing Childhood Anxiety
Next February Calendar 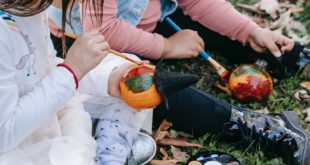 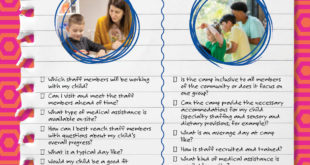 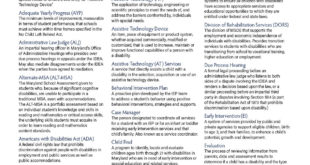