There’s a reason “The Lion King” is the highest-grossing Broadway show of all time, having racked up over $1 billion in ticket sales since its debut in 1997: It’s simply spectacular.

The musical’s run in Baltimore is no exception. The touring production takes the stage at the Hippodrome with as much magic as could be found on the Great White Way, delighting audience members of all ages. (We counted quite a few bright-red seat boosters among our fellow theatergoers.)

If you (or your little ones) are going because you love the 1994 film, you won’t be disappointed. Because the stage show was based on the Disney cartoon, much of the music and dialogue is the same, with a few added tunes (including a personal favorite, “He Lives in You,” which shows up in the cartoon film “The Lion King II: Simba’s Pride”).

If you’re going as an appreciator of the arts, you’re in luck, too: The show is an aesthetic delight. Gorgeous costumes and puppetry, expert lighting, and first-rate singing and dancing make it one of the most fun-to-watch shows out there, with every vista offering multiple perspectives from which to view it. (Not sure what we mean? Check out STYLE’s interview with costume designer Gregory Young here.)

In short, go see “The Lion King,” and “Be Prepared” for a great time!

Previous B’More Social: Nov. 17-19
Next Gift giving is for kids, too 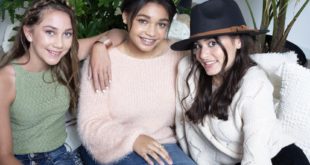 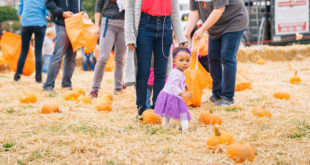 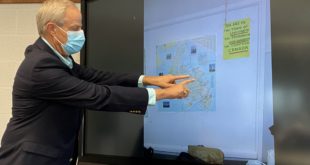