Well, She Doesn’t Get It From Me The Joys of Daycare

An old friend’s recent Facebook post about the anxiety and tears that accompanied her toddler’s first day of daycare was achingly familiar: I felt the same nervous guilt when I first left my own daughter, now 2, at daycare when she was 3 months old.

If only I’d known then how grateful I would soon be and how fantastic an experience daycare would prove to be for her. At least, I’m assuming it’s been great. Quantifying the benefits is slippery business, indeed, since it’s impossible to identify exactly what she’s learned there that she wouldn’t have learned if my wife or I stayed home with her; it’s not like we have a control toddler for comparison.

(Complicating matters is my relative certainty that my daughter is the most advanced, perfect being in the history of humankind. So there’s that.)

Nonetheless, I feel really good about it and urge parents who have not conquered this particular emotional hurdle yet, who still worry about abandoning their children to the (temporary) care of strangers, to take heart. Here’s just a few reasons why.

The first is pretty straightforward: Exposure to other children. This does mean more germs, yes, but also means learning to socialize, share and not be afraid of other kids. For a while, my daughter was the only infant among a handful of toddlers and the other children seemed to fascinate her.

The toddlers also took ownership of her in a way that was very touching: She was their baby.  In turn, the names of her daycare playmates were among our daughter’s first words; soon she was asking to see them each morning and naming her Duplo figures after them and making them play together.

Next, there’s a thrill to seeing your children say and do things you haven’t taught them, whether it’s wiping her nose with a tissue, using a basic ASL sign, or suddenly singing a song you’re unfamiliar with. Did you know there’s a version of “Row, Row, Row Your Boat” that involves crocodiles and screaming? Me neither.

I suspect this little thrill has accelerated my perception of my daughter as an individual person, rather than just an appendage of her parents. From pretty early on, she’s had her own day, her own schedule, and her own life (such as it is when you’re three months old).

Both of the previous points bring me to something of a confession: Daycare can do a lot of the hard work for you. Not all of it, of course, but the help can be miraculous. We are currently taking our first steps toward potty training, and while our daughter has been resisting a bit at home, she’s had far more success at daycare where group potty breaks are a vital part of the daily schedule.

What gets complicated, however, is the relationship between you and the daycare provider. It’s a business relationship — you’re paying them for service — but they’re also helping raise your child, which means can effectively be part of the family. We were delighted with our daughter’s first provider, who ran a family daycare from her home and watched our little girl until she turned 2, and feel we owe her a lot of credit for how the child has turned out so far.

We recently parted ways, by mutual agreement (the provider was, after 17 years, looking to get out of the daycare game and we, despite our fondness for her, wanted something a bit more convenient to our home and workplaces), but the run-up to that decision, the final farewells and the first days at the new preschool were emotionally exhausting.  For my wife and I, that is.

Although we had talked to our daughter about changing schools as best we could and had taken her to meet her new teachers, she didn’t really seem aware that the change was coming. On the first day at her new school, she walked nonchalantly into her new classroom, gave me a brief wave good-bye and became completely absorbed in what the other children are doing.

She was confident, she was unafraid and she was open to new experiences. She may not have gotten it all from daycare, but I’m pretty sure she didn’t get it from me.

Daniel Leaderman is a former journalist. He lives in Baltimore with his wife and daughter.
Previous Siblings & Bunkmates
Next Our Loving DIY Family 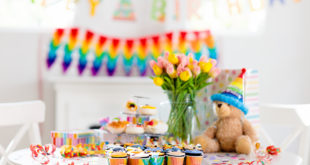 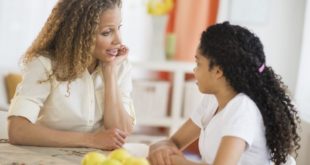