The idea of starting a mentor-mentee relationship can be daunting. Gabrielle Moore remembers it well. She laughs as she recalls the sight of a 5-foot, 10-and-¾-inch woman approaching a petite little girl in a pink jacket holding a puppy dog. Both were nervous, and the transition to what they have now was not immediate. It took at least two years to get completely comfortable with each other, but one big thing that brought them together was music.

Moore recalls playing Rihanna’s “Diamonds” over and over, and going to see movies. Afterward, they would buy the soundtrack to sing along.

She says Cait-Lin, now 16, would “get on me about not remembering my lines.”

They will have been together for nine years in March, through different schools and houses—even one in another state—and now Moore says Cait-Lin is like a daughter to her. It’s a relationship she knows will last a lifetime.

Mentoring can come in many different forms—taking care of essential needs, providing academic support and life skills that influence future success, or, like Moore, just building a relationship.

The impact mentoring can have on young people is significant. But how much does it make a difference?

Moore shares her experience mentoring through Big Brothers Big Sisters at the Y, as Tianda Hendricks and Jennifer Johnson talk about mentorship at Boys and Girls Clubs in Baltimore and Washington, D.C.

Hendricks became manager of The Boys & Girls Club at Brooklyn O’Malley, in the Brooklyn neighborhood of Baltimore, last March. Moving into that role meant a move across the country from Seattle, but it was an easy decision for her, she says.

After going through a Boys and Girls Club program herself at age 11, “I knew the impact it had on my life …. I couldn’t say no,” Hendricks says.

Born and raised in the Virgin Islands, Hendricks joined Boys & Girls Club when her family moved to Hartford, Connecticut.

At first, that meant getting a coat in the winter and making sure she had hot meals, and then it was learning how to give a speech, create a resume and write an essay. Above all, it was about making positive choices, she says.

Mentoring can mean seeing all the options available. Her mom worked hard to show her anything was possible, but Hendricks says mentoring gave her the extra help she needed to realize the steps she could take.

“I knew that I had dreams and aspirations,” she says. “I didn’t know how to get there.”

“When you’re talking about the basic hierarchy of needs, being in a relationship with a caring adult is vital and important,” says Charmayne Turner, vice president of youth development at the Y of Central Maryland.

In most cases, the adult comes from a different environment or upbringing and can offer an alternative perspective, she adds.

Jennifer Johnson, a mentor for Boys and Girls Clubs of Greater Washington, says her mentee Oprah, 18, mainly needed a sounding board for her ideas—a trusted adult who would come in without judgment.

Not every parent has the experience to offer when it comes to mentoring, Johnson says. She and Oprah had that quality in common—the teen will be the first generation in her family to go to college, the same as Johnson.

Johnson was able to share important considerations Oprah might not have thought about when choosing a college and give her confidence in her decision-making.

Hendricks and Turner note that success from mentoring can look like meeting social-emotional needs, increasing confidence, improving grades, seeing students graduate on time and supporting them as they move on to college or workplace opportunities.

In short, mentoring means building life skills that give young people the tools for these successes. One skill Hendricks remembers is learning about the power of body language.

“Understanding that the way that you respond to certain situations also equates for the way that the other person responds,” she says.

But having a relationship with a mentor in itself can also be the difference between success and failure for some.

Johnson, who is an adoptive mother to a 2-year-old, remembers seeing during the adoption process how many birth mothers did not have someone in their corner.

“It’s hard to imagine how little some kids have in their life,” Johnson says, noting that Oprah had never been out for a birthday dinner before the two connected.

Even being present for a one-year commitment could change the trajectory of a child’s life, Turner says.

Many have stayed in touch with their mentees much longer. Hendricks says that with Boys and Girls Clubs, the door is always open. She still reaches out to her little sister, now in college, and goes to her director for advice.

“For me personally, the thing that stands out the most is being able to see somebody evolve over time,” Moore says.

As Cait-Lin got older, Moore was able to influence her in new ways.

Taking Cait-Lin to work one day made the youth realize what type of work environment she wanted, Moore says. After that, she became more serious about her schoolwork. Moore helped by offering incentives for every A or B.

And these relationships are beneficial to mentors in many ways, too.

With the recent civil unrest during the last several years with Black men and white police officers, Turner says that talking to a young person helps mentors in understanding racism and what it looks like.

Johnson says mentoring can look different for everyone, and it doesn’t need to take up a lot of your time.

The Y always has an outstanding wait list for mentors. One of the biggest challenges has been filling requests from Black individuals and mentees representing different ethnicities and cultures for mentors who look like them, Turner says.

“A lot of people don’t realize how little it really takes to make a positive impact for a kid,” Johnson says. 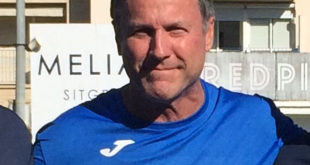