The Internet holds a variety of virtual field trips to engage students of all ages without the worries of distance, expense, or time constraints. These online tours can help students prepare for or follow-up after an actual field trip, enrich areas of study, or simply travel the globe and beyond with the click of a mouse.

The Alcotts and Orchard House
http://www.louisamayalcott.org/alcottorchard.html
Website inviting visitors to learn about the Alcotts and their home, Orchard House, noted for being where Louisa May Alcott wrote and set her classic novel Little Women.

The American Museum of Photography Guided Tour
http://www.photographymuseum.com/guide.html
“A Museum Without Walls…for an Art Without Boundaries” – a virtual photography museum dedicated to educating, informing, and sharing great photographs. Featuring 5,000 images from early daguerreotype portraits to the works of Ansel Adams.

The Cone Collection, The Baltimore Museum of Art
www.artbma.org/collection/overview/cone.html
A flash movie of the exceptional collection from the studios of Matisse, Picasso, and others, amassed by the Cone sisters.

The Metropolitan Opera
www.metoperafamily.org/metopera/about/education/educatorguides/content.aspx?id=6652
Online introduction of opera with a backstage tour and a look behind the scenes at the Met. Explores common opera misconceptions and various performing arts careers.

National Museum of Women in the Arts
www.nmwa.org/explore/collection-highlights
Expansive collection providing a comprehensive study of art by women from the 16th century to the present.

Tour of the theatre including the stage, yard, and middle/upper galleries, filmed during the run of The Merchant of Venice in 2007.

Smithsonian Video Tour with Ben Stiller
www.si.edu/visit/videotour
Tour featuring Stiller (who starred in the movie, Night in the Museum) with a sometimes-humorous overview of the 19 Smithsonian facilities in Washington, D.C.

Waltee’s Quest: The Case of the Lost Art, The Walters Art Museum
walteesquest.com
An interactive adventure with Waltee, the cartoon lion cub mascot, as he explores seven imaginary worlds to discover the missing museum objects and return them to their rightful place in a virtual museum exhibition.

1492: An Ongoing Voyage
www.ibiblio.org/expo/1492.exhibit/Intro.html
Examination of the first sustained contacts between American people and European explorers, conquerors, and settlers from 1492 to 1600.

Ash Lawn-Highland – James Monroe’s Home
www.ashlawnhighland.org/virtualtour.htm Tour of the home of James Monroe, our fifth president. Includes photos and descriptions of the interior as well as the plantation area.

Betsy Ross House – Philadelphia
http://historicphiladelphia.org/virtualbrh/
360-degree tour of various rooms, the upholstery shop, and courtyard at the birthplace of the American flag.
Cappella Sistina
www.christusrex.org/www1/sistine/0-Tour.html
Tour of the Sistine Chapel in Rome, featuring the wall paintings by various artists and the masterful art by Michaelangelo on the ceiling.

The Constitutional Walking Tour of Philadelphia
www.theconstitutional.com/tour.php
A journey through America’s most historic square mile where the Declaration of Independence and the United States Constitution were created. Features more than 30 historical sites in the Independence Mall area, including the Liberty Bell, Independence Hall, and the National Constitution Center.

George Washington’s Mount Vernon
http://www.mountvernon.org/visit-his-estate
A look at Washington’s home on the banks of the Potomac, and at America’s first hero and the world in which he lived.

Gettysburg Battlefield Interactive Virtual Tour
http://www.virtualgettysburg.com/vg/tours/index.html
Tour of significant points of interest in the park. Includes a brief overview of the three-day battle.

The Gordon-Roberts House
http://www.gordon-robertshouse.com/index.html
Tour of this 1867 Victorian home in Cumberland. Photos and descriptions of the drawing room, sitting room, guest bedroom, day nursery, kitchen, servant’s room, and garden, showing how a family of the late 1800s lived, worked, and played.

Jamestown, Virtual
www.virtualjamestown.org
A digital research, teaching, and learning project that explores the legacies of the Jamestown settlement and “the Virginia experiment.”

Roman Open-Air Museum
www.villa-rustica.de/tour/toure.html
Tour of the open air museum created at the partially rebuilt ruins of a Roman villa constructed in southwestern Germany at the end of the 1st Century A.D.

Statue of Liberty National Monument Virtual Tour
www.nps.gov/stli/photosmultimedia/virtualtour.htm
Tour of Liberty Island to the top of the statue, choosing from 360-degree panoramas, videos, pictures, and sounds.

Thomas Jefferson’s Monticello
http://www.monticello.org/site/multimedia/tour-thomas-jeffersons-monticello
Tour of the estate of our third president, a philosopher, scientist, historian, and author of the Declaration of Independence.

Titanic Interactive
www.history.com/interactives/titanic-interactive
Exploration of the history of the RMS Titanic with interactive features about the construction, the disaster, and aftermath of the sinking, including videos about famous and unknown passengers.
United States Holocaust Memorial Museum
www.ushmm.org/museum/exhibit/online/
Virtual exhibitions include Rescue and Resistance, Children, Antisemitism, Aftermath, Camps, Propaganda, Documentation and Evidence, more.

The White House Virtual Tour
www.pbs.org/wnet/whitehouse/virtual.html
Tour featuring some of the home’s most famous rooms and their vibrant history, along with great works of art and other items from the White House Collection.

All Aboard for Cumberland
www.nps.gov/history/nr/travel/cumberland
Tour of Cumberland, the site of the first National Road, the western terminus of the Chesapeake & Ohio Canal, and a center for the railroad industry, as well as stories of the town’s economic and residential growth, social community, and civic development.

Baltimore: A National Register Travel Itinerary
www.nps.gov/nr/travel/baltimore/index.htm
Tour featuring residential, commercial, industrial, and religious locations to introduce viewers to more than two centuries of history. Highlights 43 properties, all of which are listed in the National Park Service’s National Register of Historic Places, with detailed maps, photos, and information.

Pride of Baltimore
www.pride2.org/education/index.php
Tour on the Pride of Baltimore II, the world’s most traveled historic tall ship and a reproduction of an 1812-era Baltimore Clipper privateer, to far-off places in Asia and Europe and to interesting places in Maryland.

Forest Life, UPM
http://w3.upm-kymmene.com/upm/forestlife/index.html – lang=0
A trip deep into a forest in Finland to learn about forest sustainability. Features videos of forest life, pictures with information, and audio.

360-degree tour of various areas in the Aquarium; photos of animal residents with descriptions.

Net Frog
http://frog.edschool.virginia.edu/Frog2/
Overview of all of the stages of frog dissection, from initial preparation to examination of internal organs.

Operation: Heart Transplant or How to Transplant a Heart in Nineteen Easy Steps
www.pbs.org/wgbh/nova/eheart/transplant.html
A virtual operating theater, where users are given a scalpel and perform a heart transplant. Outlines all basic steps to give students an idea of what’s involved. Requires Adobe Shockwave.

Hawaii, Virtually
http://satftp.soest.hawaii.edu/space/hawaii/index.html
A trip to Kauai, Molokai, Oahu, the Big Island, and Maui for a guided tour that features many air and ground photographs; several tours of Kilauea Volcano.

Meet Me at the Corner
www.meetmeatthecorner.org
Educational, kid-friendly episodes uploaded every two weeks introducing kids to fascinating people from all over the world. Invites students to submit their own videos.

Newseum – Washington D.C.
http://newseum.org/virtual-tour/index.html
Photos and descriptions of areas in all seven levels of the Museum including exhibits and galleries as well as a look at Museum studios and theaters.

Taken On The Road: American Mile Markers
www.kodak.com/US/en/corp/features/onTheRoad/index.shtml
Tour follows a photographer driving in a straight line from the Statue of Liberty to the Golden Gate Bridge, his camera clicking at every mile for 3,304 miles.

U.S. Supreme Court Tour
www.oyez.org/tour
The Oyez Project, a multimedia archive source for all audio recorded in the Court; authoritative information on all justices and tour of portions of the Supreme Court building, including the chambers of some of the justices.

Welcome to Antarctica! – Center for Astrophysical Research in Antarctica
http://astro.uchicago.edu/cara/vtour
A tour from New Zealand to McMurdo on the coast of Antarctica, to the center of the continent and the bottom of the Earth, the South Pole.

Previous Common Core: Help Implementing CCSS in Your Classroom
Next Ask and You Might Receive – Donations for Your Class, School, or Organization 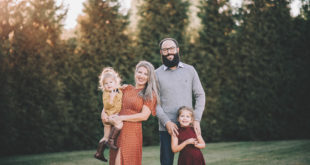 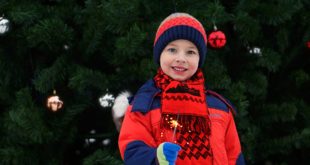 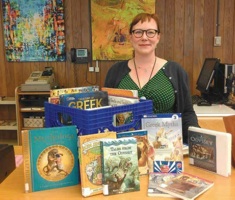