Making a Schedule That Works for Your Child—And You

Is summer routine an oxymoron? If you have a child with special needs, probably not. Whether your child has special needs or not, it’s natural for all kids—and adults—to prefer routines. “Our brains are wired” to create and recognize patterns in our daily life, says Christian Tabay, who teaches children on the autism spectrum at the William S. Baer School in west Baltimore.

Routine can benefit any child (or adult), but Tabay and fellow Baer School teacher Dana Peals attest that for kids with special needs, a summer routine can play an important role in reducing stress and can help children retain skills they’re working on in school.

Tabay and Peals helped me answer the question: Should you set a summer routine for your child? And if so, how?

“There’s no recipe or cookbook” for kids, Tabay says, “and the spectrum is vague.” Because of this, parents have to assess the value of a summer routine in their own family’s lives.

“He prefers routine and he thrives with structure,” but he’s OK with a break from routine as well, King says. King sends Will to camp over the summer, where he gets consistency along with a little more variety than his September to June school life.

“I think kids can get bored” with the school routine, King says.

Routine Doesn’t Have to Be … Well, Routine

Sometimes, just the act of communicating the daily plan with your child can suffice to meet his or her needs, Peals says.

If your student is young and doesn’t understand verbal transitions, finding a way to communicate the daily schedule can ease transitions, Tabay says. “Your child might not be going to school, but they benefit from rundown of activities in the house.”

Tabay recommends making a daily planner. Tabay recommends the model he uses in his classroom, which entails making two columns on a piece of paper. In one column, all the things that are going to happen during the day are listed, or visually represented if the child is young or learns visually.

“Let’s say they’re going to visit family. Show them a picture of a car, then a picture of (the person),” Tabay recommends.

Other kids learn better through sensory input. “If they’re going swimming, let them touch a towel,” Tabay recommends. Once the activity is finished, the picture or sensory representation moves from the “planned” column to the “completed” column. Tape or Velcro can be used to fix the pictures or media to the schedule.

Involve Your Child in Planning

Planning structured activity doesn’t necessarily have to fall to the parent. For older kids, setting goals together can help kids who need structure, says Traci Siegler, a Hereford Middle School language arts teacher and advanced academics facilitator. Siegler suggests getting kids involved in a break from routine by assigning your child some responsibility for planning a family trip.
“Place the child in charge of learning about the trip beforehand, then (he or she can) act as tour guide,” she says.

Plan for the Unplanned
Inevitably there will be some unplanned, unstructured time in the summer. During car rides, or while waiting in line at theme parks, Siegler recommends preparing ahead to prevent stress and boredom. Make family games into traditions. “I carried BrainQuest packs with me wherever I went when the boys were little,” she says. “The best purchase was a world map shower curtain. (During) car rides, we play the ‘geography game.’”

For this game, player one chooses a location and then player two says a location that starts with the last letter of player one’s spot, she says. For example, Georgia, Annapolis, Syracuse, and so on.
For kids who thrive with structure and routine, a little elemental planning can “add meaning to your child’s day,” Peals says. “It gives them clues about what’s happening next and cuts down on idle time.”

In the end, both childhood and summer often feel too short. Sometimes a little bit of structure can help make the most of every day.

Previous Can You Name These 12 Famous Pups?
Next Respect: So Easy A Kid Could Do It 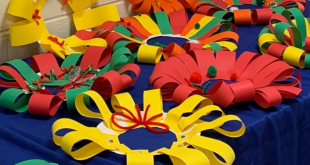 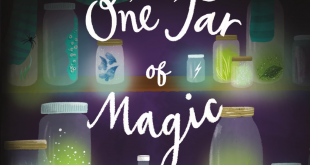