When Anna Klein’s daughter, Mia, was a 4-year-old preschooler at Beth Tfiloh Dahan Community School (BT), her class was asked to bring in brown bag lunches for the homeless. The bags were being delivered to Beans & Bread, a soup kitchen in Fells Point, not far from where the family was living at the time.

“I volunteered to drop them off,” recalls Klein. “And when I did, it was because these are the values I want my children to learn. I want them to know that they have an obligation to give back, not only to the Jewish community, but also to the global community. And, Beth Tfiloh emphasized the values of going out in the world and doing good.”

It was this commitment to civic responsibility, coupled with the knowledge that a Jewish private school education* developed the Jewish identity of its students, that was instrumental in her desire to see her children attend BT.

“I attended Jewish private schools through 12th grade and am the grandchild of a Holocaust survivor so my Jewish identity was always very strong and a big part of who I am,” she adds.

“A Jewish day school education has proven to be one of the most important entities in securing the next generation of Jews — no matter how they choose to identify as Jews,” says Michael Elman, who co-chairs The Associated’s Day School Commission with David Hurwitz.

“The value added,” he says, “is that Jewish day schools also allow Jewish students to grow their Jewish identity without sacrificing academics but actually enhancing them.”

Recognizing the impact Jewish private schools have on the next generation of Jews, The Associated: Jewish Federation of Baltimore provides scholarship assistance to students at 11 Baltimore day schools to ensure students interested in attending can receive a Jewish education.

Hurwitz, whose three children graduated from BT, believes that each of them benefited from a strong academic dual curriculum that promoted critical thinking skills and made his children well prepared for college. And, the integration of Jewish values into the learning environment was critical to their development as responsible global citizens.

Yet, Jewish private schools provide even more, explains Hurwitz. “They offer a unique community in which parents and students come together in times of joy and in times of sorrow.”

Liana Davis can attest to that. Last year, when a family member faced a health crisis — and Liana had to be there to help — her Krieger Schechter Day School (KSDS) community stepped in.

“It was amazing to see how everyone in my children’s classes rallied around us,” she says. “They were there for me to pick my children up from school, to carpool them to after-school activities and to provide play dates when I needed help. I had a built-in community that was there, helping me in any way possible.”

Davis, whose children are entering first and third grades at KSDS this year, loves how the school provided her kids with a community. It also instilled confidence in who they are.

“My daughter went from hardly saying a word to feeling confident enough to take on speaking parts in the school play. And, I love to see how confident they have become in their Jewish identity — the way they look forward to the candles, challah and blessings for Friday night Shabbat dinners.”

Yet many of Davis’ friends are often under the impression that one has to be religious in order for a Jewish private school to be the right fit.

Not true, says Davis, who grew up Conservadox (Conservative/Orthodox) while her husband grew up Reform. “At Schechter, people don’t judge. There are Jewish families across the Jewish spectrum.”

Klein agrees. “I often hear people express concern that sending their child to a Jewish private school, doesn’t provide the exposure to deal with the real world, which is obviously a lot more diverse. But I couldn’t disagree more, and I proudly share my experience.”

“After graduating, I confidently navigated the VERY diverse world of Boston University, in large part because of the comfort of my strong Jewish identity,” she says. “My first college friends were not even Jewish, and I loved shlepping them to a Hillel party and sitting around my Shabbat table with people from all over the world, Jewish and non-Jewish.“

For families in Baltimore interested in an independent school experience for their children, consider a Jewish private school education. Learn more at associated.org/jewishschools.

* Jewish private schools, also known as Jewish day schools, are part of an independent network of schools that provide children with an outstanding academic curriculum along with a deep understanding of Jewish values and traditions

Share
Previous Classroom Stars
Next Tune In, Get Smart 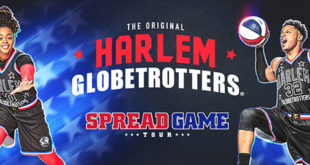 The World-Famous Harlem Globetrotters are bringing their newly reimagined Spread Game tour to Chesapeake Employers Insurance Arena on March 20th, 2022 for two shows at 11AM and 4PM. 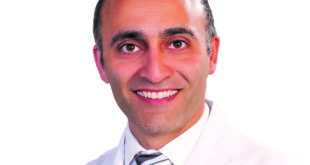 Better Balance: How Improving Balance Can Help You or Your Loved Ones Enjoy Life 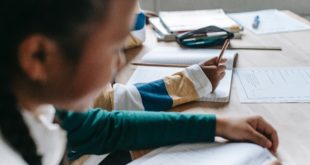 What’s Next? Assessing the Impact of COVID-19 and Preparing Our Students for the Fall