Genetic Testing: Is It Right for You?

Michelle Pursel, mother of Tatum, was pushing her daughter on a baby swing at Meadowood Park when the mother next to her asked Michelle a question she’d never forget.

“What’s wrong with her?” the other mother asked, nodding in Tatum’s direction.

“What do you mean?” Michelle asked, worried that Tatum was choking or slipping out of the swing.

“Her face. Her eyes. She’s Down syndrome, right?”

“Oh. Yes. She has Down syndrome,” Michelle answered.

“Did you find out before?”

“Before she was born.”

“You didn’t get the test? They can test for that, you know.”

“Yes, I know,” Michelle replied. “It wouldn’t have mattered. She is who she is. We’re lucky to have her.”

“Well,” the woman said. “I wouldn’t have accepted anything less than perfection.”

Michelle, stunned, answered: “She is perfect.”

She scooped Tatum out of the swing and left the park.

“They can test for that, you know.” “They” referred to obstetricians, and the “test” was prenatal genetic testing, which the American College of Gynecology (ACOG) now recommends obstetricians offer to all pregnant women, regardless of age or any other risk factor. Michelle and her husband Brian declined to have genetic testing. Did it matter to Michelle and Brian that they weren’t forewarned of Tatum’s Down syndrome? “Not at all,” Michelle says. “We were surprised, of course, and scared at first. But it wouldn’t have made any difference to us. It still doesn’t. She’s Tatum. We love her more than anything.”

Genetic testing—often a simple blood test—carries almost no risk to the mother, and is highly accurate, predicting a genetic disorder with 99 percent accuracy. Due to advances in genetics, testing has evolved rapidly from even a decade ago, when a positive result on a test such as the quadruple marker screening test, or “quad screen,” indicated just a slight increase in risk for a chromosomal abnormality. And a negative result on the quad screen couldn’t guarantee a baby would be born without a chromosomal abnormality. Today, a positive result on the genetic test triggers a second screen with a 99.99 percent accuracy rate.

Information is power, and genetic testing may seem like a crystal ball into your baby’s, and your family’s, future. But bloggers such as Amy Julia Becker, author of “Small Talk: Learning from My Children About What Matters Most,” have pointed out these recommendations don’t take into account the “emotional, ethical and spiritual risks” women take when they undergo genetic testing.

How do you know if genetic testing is right for you?

Personality is definitely a factor in the decision. Jed Gingher and his wife Elena knew right away they wanted genetic testing, and asked for it specifically. “We just wanted to know everything we could, what was in store for us,” Jed recalled. Jed has worked at the William S. Baer School, a Baltimore City Public School for children with disabilities, for 17 years. He isn’t entirely sure his profession working with disabled children influenced his decision to have genetic testing. “I’m a planner,” he explains. “And so is Elena.” But his profession definitely skewed his expectations for the results. “I had a false reality. [Disability was] my norm. I remember I was so surprised when the doctors explained to us how rare these disorders were.”

For those considering the test, the March of Dimes provides information on its website, marchofdimes.org, to help women understand tests, results and conditions that may be diagnosed. The March of Dimes doesn’t make recommendations on whether to take genetic testing, instead urging women to consult their health care providers for guidance. However, knowing in advance that a baby will be born with a genetic condition or birth defect can help a family prepare (see sidebar for specifics).

Ultimately, the decision rests on a family’s desire to know, but whether you decide to have genetic testing or not, it’s important to keep firmly in mind: The conditions the tests diagnose are rare. BC 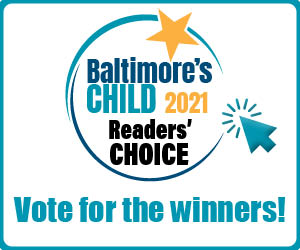