This year’s show will be an attempt at a holiday-themed expanded universe called WINTER WONDERYESAND.

This means that what happens in one set will then be true for all following sets, just like the Marvel Expanded Universe (who can forget when Malekith’s Aether was revealed many movies later as an Infinity Stone in the care of The Collector?)!

Similar to the movies of the MCU, elements from previous shows may be heavily featured or totally ignored in any given set, but all sets will be understood to occur within the same universe.

Baltimore Improv Group (BIG) serves as the city’s leading non-profit improv comedy venue. BIG began in 2004 and now entertains with over 120 shows each year. With an annual audience of over 5,000 people, over 100 regular performers present audiences with shows every night of the week. As part of Young Audiences of Maryland (YAMD), BIG performs in assemblies and teaching residencies in Maryland schools.

The BIG Theater opened in October 2017 in Station North. The theater offers 3,000 square feet of space for shows; classes and workshops for adults, kids, and teens; a podcast studio; and a lobby connecting actors, comedy performers, and audiences. BIG shows include improv comedy, stand-up, sketch, and more. 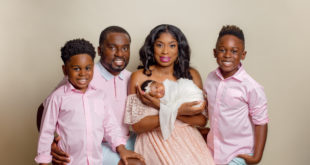