The Baltimore Improv Group (BIG) invites a new guest to be interviewed each week. We memorialize the life of our guest in a series of made up, totally unprepared comedy scenes celebrating them!

​Shows at The BIG Theater in the city’s Station North Arts and Entertainment District include improv comedy (of course!), stand up, and sketch. 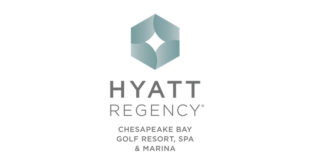 Take Remote Learning on the Road with an Education Vacation to Hyatt Regency Chesapeake Bay Golf Resort, Spa and Marina