Could It Be Magic? The Transformative Pixie Dust of Sleepaway Camp Even now, so many years later — I don’t want to say how many — I can still smell my summer camp, if I close my eyes and concentrate. The rich, loamy scent of dirt and pine needles. The woodsy aroma of the bunkhouses after the rain. The sweet morning incense of French toast and pancakes. The fruity tang of the Apple Pectin shampoo. And, of course, the funk of the skunk — the one odor we’d run from, shrieking and giggling as only prepubescent girls can, flip-flops slapping on pebbled roads.

I remember those smells not only because smell is a uniquely evocative sense but also because overnight camp exerts a magical, lifelong hold on those who experience it. Ask any adult who attended a sleepover camp what it was like, and they’ll get as dreamy-eyed and wonder-filled as if they were talking about a summer spent on Saturn. It’s an indelible perfume.

Renowned child psychologist Michael Thompson, author of Homesick and Happy: How Time Away from Parents Can Help a Child Grow, has written that there are three reasons that the residential camp experience remains so magical: being away from one’s parents, the relationship between campers and counselors, and inhabiting a camp’s “private world with its own rules and rituals and magic.”

“Deep down,” Thompson writes, “all children want to have their own adventures with no (apparent) safety net. … Camps have the ability to create that world that belongs only to a child and his or her friends.”

Author and child therapist Bob Ditter, one of the keynote speakers at the upcoming ACA Mid-Atlantic Camps Conference in January, agrees.

“Perhaps the greatest contribution camp makes to [a child’s] emerging sense of self is that it exposes a child to a population that is more diverse than their own family,” says Ditter, “and they must learn how to cope—to cooperate, compromise and collaborate—totally without their parents present. For kids to know they can thrive on their own in a safe and well supervised environment away from their parents is part of what gives it such a magical sense for those who have experienced it.”

That has certainly been the case for the children of Reistertown’s Marci Phillips and Joseph Kontoff, whose two children attend Capital Camps in Rockville, Md.

“I never went to sleepaway camp or ever had any interest in it,” says Phillips. “I am not a camp person.”

But when daughter Sophie was 8, she heard her friends talking about going to Capital Camps, and told Phillips and Kontoff she wanted to go there too. Now, going into her fifth year there, she absolutely loves it, which was evident from an unconventional letter home.

“Her camp self wrote a letter to her home self,” says Phillips. “It was basically like, ‘Dear Sophie, I’m so sorry that you are not me because I am at camp having fun and you are at home waiting for school to start. Sucks to be you. Love, Sophie.’

“We were dying when we opened it,” says Phillips. “She really has this perception that Camp Sophie is this person who’s in this camp bubble doing all this fun stuff while Home Sophie is at home. It was super weird and metaphysical but we got a kick out of it.”

Her brother, too, came to love the camp experience.

“My son was very anxious about going his first time,” Phillips recalls. “Then when he came back, he said he was ‘campsick’ because he missed all his camp friends. He would lie in his bed at home and literally be in tears from campsickness.”

For August Cabrera, whose husband, Army Lt. Col. David E. Cabrera, was a social work officer killed in action in Afghanistan in 2011, Camp Puh’tok has been a tremendous gift. For the past two summers, August’s two sons have attended Camp Puh’tok as part of a military scholarship program.

“My boys come home stronger, more focused and more independent. It is the highlight of their summer.”

Other parents see changes in their children too.

“We noticed the first summer back [from Capital Camps] we saw an increase in maturity in her,” Marci Phillips recalls of Sophie at 8. “She was more willing to do chores around the house with less complaint; she had more self-confidence.”

Studies have consistently shown that camp sessions of one week or more have a beneficial impact on autonomy, social skills and physical activity, among other attributes. And depending on the camp’s orientation, children also gain a lot of knowledge from specialized programs.

“That’s the other important aspect for me as a parent,” says Ruti Kadish, whose 13-year-old son Segev attends Camp Habonim Dror Camp Moshava in Rockville. “My kid comes home and tells me about the social justice issues they talked about: food insecurity or immigration or social justice in Israel or climate. Their activities during the day are about those issues in the most fun, creative, crazy ways. He’ll come home and something will come up on the radio and he’ll say, ‘Yeah, we talked about that at camp and here’s what I think …’”

For some parents, the activity itself is reward enough.

“We saw him being physically challenged in a way that he really needs and that not everyone can meet,” says Phillips of her competitive, athletic son Julian. “He’s kind of like a puppy that way — he needs to be taken out and worn out.”

The friendships, the sense of an alternate universe—it’s all part of an experience that the American Camp Association, a leading authority in youth development, has found has tremendous positive impacts on kids.

“Camp provides a person the opportunity to grow in a safe, supervised and fun environment,” says Tom Rosenberg, ACA president and CEO. “Resident camp offers the unique experience of learning and growing with peers and trained staff while away from home for an extended period. Many [campers] view camp as a home away from home.”

This is the exact phrase that comes to mind for Ruti Kadish.

“It’s been an incredible experience for him; it’s his home away from home,” she says of her 13-year-old, camp-loving son. “As soon as camp ends, he’s counting the days until camp starts again next summer.”

Of course, what may seem to kids to be a magical experience is actually the result of carefully constructed planning and effort from camp staff and administrators.

“The magic of camp,” says Rosenberg, “is delivered through the expertise of trained camp professionals, fun and developmental programming, and a camper’s eagerness to learn.”

Of the more than 14,000 summer camps in the U.S., 8,400 are resident camps, many of which target specific activities. Maryland, which is host to both lush natural settings and dynamic urban environments, has dozens of camps that offer a stunning variety of approaches. There are camps for budding chefs, for the wannabe astronaut, for kids with cancer, for aspiring marine biologists. There are camps geared toward computer game software and camps that teach etiquette. There are baseball camps and debate camps; there are Catholic camps, Jewish camps, Episcopal camps, and more. There are city camps and rural camps and camps in the suburbs.

The most popular length for overnight sessions is one week or less, the ACA reports, although most independent camp operators offer four-, six- and eight-week sessions. Each residential camp does it differently, but all try to foster an environment that’s friendly to personal development.

“One of the greatest gifts you can give a child is a sense of success and achievement,” says Alexi K. Grote, director of Camp Puh’tok, which was founded in 1942 in Northern Balitmore County. “An empowering camp experience provides children with an opportunity to learn powerful lessons in community, critical thinking, character building, skill development and healthy living.”

Jennifer Braveman Silber, the executive director of Camp Moshava, says, “being away from home for an extended period of time at an overnight camp promotes the development of self-confidence, problem solving and social skills in children. …. Campers advocate for themselves and for each other, they learn to take action if they see a problem and they have room to make mistakes and grow from those mistakes. Overnight camp provides a safe and supportive environment for kids to learn about who they are as a person, separate from parents/guardians.”

More than the pragmatic effects, it’s the holistic transformation of sleepaway camp that has such power. August Cabrera calls Camp Puh’tok “the land of magic memories.”

When Don Webb founded Nature Camps 43 years ago, conjuring magic within the context of exposing children to the natural world was definitely on the agenda. And it worked — not only for campers, but for the broader NC community as well.

“Imagine 200-plus (children, parents, guests and counselors) gathered together in a circle, sharing a vegetarian dinner at the campsite, followed by a similar eager circle of everyone playing all family games, followed by a meaningful sharing/talking circle — followed by a marvelous Concert-in-the-Woods,” says Webb, trying to summon up a vision of some of the most transcendent NC moments. “This is followed by night hikes, singing around the campfire, magic wish boats in the pool, tie-dying, pottery and carving soapstone necklaces and figurines. It’s an enchanted, peaceful family time for everyone to soak up the joy of one another.”

The enchantment will surely last – at least if my experience, and that of most reverent sleepaway camp alumni I know, is anything to go by. Not long ago, in fact, I returned to my camp for a reunion – the first time I’d been there since I was a teenager. Of course, all the old clichés applied: Everything looked smaller and less majestic; the place where I was kissed for the first time was not, as I remembered, flooded with heavenly light. The girls I’d envied for their perfectly blow-dried hair and effortless elan in short-shorts and tube socks were now middle-aged moms with all the attendant baggage that life confers.

Still, when it came time for sleep in the old bunkhouses, I heard not only the familiar nylon rustle of the sleeping bags but also the soft giggles and whispers of my friends, and it was as though I’d traveled back in time. As my eyes grew heavy, I was overcome by a feeling of safety and comfort and home that I hadn’t felt in years. Some would say my camp’s administrative and programmatic excellence fostered a devotion in its campers that led me back to that moment. Others – myself included – would simply call it magic.

Baltimore's Child is written by parents like you. Want to contribute? Email us at [email protected]
Previous Is It Sibling Rivalry or Sibling Bullying?
Next Exploring Other Worlds 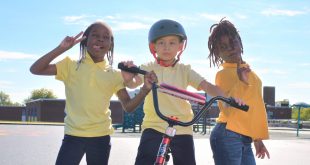 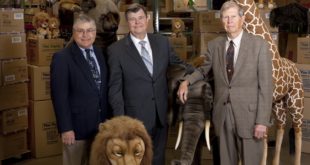