B’More Healthy: Vaccines 101 What you need to know about mandatory immunization. There’s really only one reason children fear going to the doctor—shots. There’s nothing inherently unfriendly about most offices, particularly pediatricians’ play-oriented spaces, but not even the cutest monkey wallpaper or snuggliest waiting-room bear can hide the truth: There’s going to be a big scary needle, it’s going to pierce skin and it’s going to hurt.

And while children dread the process, it’s nearly inescapable. Maryland schools require nine different vaccines throughout a child’s education—and, according to Dr. Louise Fink, director of health services for the Baltimore City Public School System, 99.9 percent of students receive all the required shots annually. These shots are generally administered during yearly physicals, though many are given according to a predetermined schedule during the child’s first year of life.

Recently, however, a rise in the Vaccine Choice movement (often referred to as “anti-vax”) has sparked debate over the necessity of the common schedule of shots. The issue has been gaining national attention for the past few years, but after California health officials declared a large population of unvaccinated individuals responsible for a 2015 measles outbreak in Disneyland, the issue has become much more prominent—and now, Maryland is joining the fray.

Local mother Dawn Loughborough, for example, chose not to continue with vaccinations after two of her three children suffered serious adverse effects post-shot.

Loughborough says her son developed seizures, 104-degree fever, swelling on the left side of his body and golf ball-sized lymph nodes in the groin after his diphtheria, tetanus and whopping cough shot. Her daughter had similar issues after the measles, mumps and rubella shot, she says—seizures, fever, rash and later developing asthma, allergies and ear infections.

“Both were developing normally and ahead of schedule on developmental milestones, but both regressed immediately following their vaccines. They’ve recovered and are managing their health and contributing to society, but it’s been a long haul and extremely costly to our family medically,” she says.

She doesn’t specify how doctors diagnosed her children during this time, but the Centers for Disease Control and Prevention says on its website that vaccine side effects, if any, are generally mild—like redness around the injection site or low-grade fever—compared to the often life-threatening symptoms of the diseases vaccines prevent. Severe allergic reactions to vaccines happen, but are “very rare,” according to the CDC.

“The mantra is ‘Vaccines save lives,’ but my and others’ concerns are raised from real experience. In order to make sure that fewer children are damaged, the whole schedule needs to be studied. I wanted to have a choice in the matter and work carefully and closely with a doctor to do what was right for my children.”

Loughborough says that her decisions are deeply stigmatized, and she’s often derided by medical personnel—both the American Medical Association and American Academy of Pediatrics recommend these immunizations—for her choice not to vaccinate, a choice she believes is extremely personal.

“I recommend that people get educated on the risks and decide what’s best,” she says. “We don’t want to create a panic, but it deserves some real thought. The government and health care providers may have very good intentions in mind, but we have to allow parents to have choices.”

Though vaccinations are required by law, Maryland offers both medical and religious exemptions—and while medical exemptions are next to impossible to come by, many parents who are anti-vaccination will rely on the religious exception. (Other alternatives include homeschooling and, in some cases, a blood test to prove immunity.)

“There are consequences,” says Fink. “If there’s an outbreak of any kind, your child is excluded from school and is not allowed to return until the incubation period is over.”

In addition to affecting children’s education, she says that the decision not to immunize is particularly problematic in Baltimore City schools.

“We have some very susceptible populations,” she says. “There are students who are immunocompromised due to chemotherapy or disease.”

And though she says the movement has not really affected the district yet, she suspects that the number of unvaccinated children will continue to grow.

“Most of the parents whose children are of immunizable age don’t remember what it was like before,” she says. “They can be cavalier about it because they don’t remember.”

A list of required vaccines in Maryland. For a more complete schedule, consult with a pediatrician or visit the Centers for Disease Control and Prevention website at cdc.gov.

Required by: Preschool (up to age 5)

Required by: Preschool (ages 4 & under)

NOTE: This is a recently added requirement, and Fink encourages parents to ensure their children are in compliance. 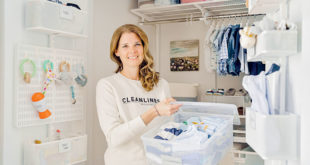 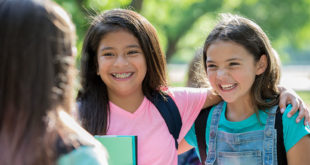 Are Braces Right for My Child? Answers to questions about pediatric orthodontic care 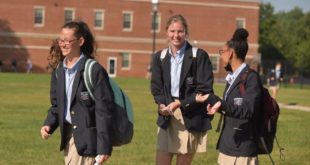 Gerstell Academy: 25 Years of Fostering Leadership and Community As seniors graduate, the community reflects on a milestone anniversary