They were inspired to do this when Rone, who was working at a camp this past summer, heard stories from a camp donor about how he had begun his entrepreneurial endeavors at a relatively young age. Rone and Wahlberg had talked many times before about working together when they were older, and one day during quarantine they didn’t see the point in waiting any longer, particularly when they had so much spare time on their hands.

They went through a number of ideas before finally landing on creating their own apparel company, reasoning that such a business could be grown or shrunk as circumstances demanded. “If we wanted to pursue this and make this a full-time job later down the line, we would be able to,” Rone said. “And if we wanted to do this as a side hustle, we would also be able to. … We realized that we could grow it as big as we wanted, or keep it as small as we wanted.”

They began working on their company around August 2020, Wahlberg said. Rone noted that they officially filed as an LLC on Oct. 12, 2020. Under their brand, the company sells items such as hoodies, shorts, sweatpants, beanies, water bottles, T-shirts and more. Their target demographic, Rone said, is in the 14 to 24 age range.

Wahlberg said their products are usually manufactured in Asia, while Rone noted that their inventory is kept in the basement of his parents’ residence. Rone said his parents have been “very supportive throughout the process.”

In addition to his parents, Rone said, his grandfather also proved to be a great help by coming on as a principal investor in the company. As an experienced businessman who had previously owned a furniture store, a mall and several video stores, the senior mogul proved a fount of good advice for the entrepreneurial pair.

Orders are shipped to customers via USPS, Rone said, normally shipping within two days, allowing packages to arrive within a business week. As of mid-January, they had shipped around 24 orders in the previous three weeks, bringing in approximately $2,200 in sales. Wahlberg expressed hope that the company would become profitable within another month or two.

To Wahlberg, an important aspect of the company is being able to put their own personal touch onto their products. “We spend a lot of time on our designs,” he said, “and making sure they’re very modern and very unique. I feel like our designs really show we put a lot of time and effort into this and we really want to see this grow.”

After high school, both Rone and Wahlberg plan to go off to college when the time comes — “I don’t think I’d be allowed not to,” Wahlberg said — and they are both interested in studying business or finance. Should Thundyr prove successful, they said, some of the profits could go toward paying for their education.

This article was originally published in the Baltimore Jewish Times, a sister publication of Baltimore’s Child. 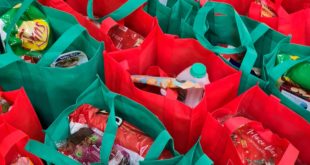 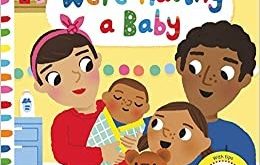 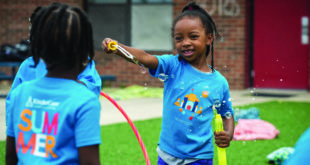