When Your Child Wants to Wear the Same Outfit ALL. THE. TIME. My 9-year-old daughter usually gets dressed for school about 10 minutes before we have to leave the house. Sometimes she leaves herself even less time to get ready.

Luckily, getting dressed requires little effort on her part. My daughter has a few favorites she’ll wear once or twice a week, including her “Art is my favorite sport” and “Waiting on my Hogwarts letter” T-shirts. As soon as I put them away in her closet after doing laundry, she takes them back out again.

So my daughter was confused when her best friend recently asked her why she wears the same clothes all the time. Repeating outfits never mattered to her—or to me. But should it?

“I would think the general rule of thumb is that if it is not harming the child, then we should let it go,” says Dr. Brian Corrado, a licensed psychologist and co-owner of The Bethesda Group in Bethesda, Maryland. They could be wearing the same items of clothing multiple times a week—or even every day—because they are trying to understand who they are. “That article of clothing is in some ways part of their identity,” says Corrado, explaining that some kids have an outfit or two that they just feel good wearing.

While tweens and teens like my daughter may seem unfazed by their wardrobe choices, parents might bristle at seeing their child wear the same items over and over again. They may be concerned that others will think they don’t buy their kids new clothes or feel frustrated that they wasted money on T-shirts, pants and shorts that were never worn.

“If a parent is worried about what others are going to think, I think that will be harmful because they will probably get into a power struggle with their kids,” says Corrado. “Certainly, that is a real easy way (for the child) to dig in more about the behavior.”

He encourages parents to ask their children directly why they wear the same items repeatedly. If a parent is concerned it might mean something more, they should look at the child’s behavior for a pattern of inflexibility beyond getting dressed that affects their functioning. If there isn’t one, “parents are probably better off just ensuring the child’s clothes are clean,” says Corrado.

When is your child old enough for a phone?

However, parents may want to draw the line if the family is attending an event with a dress code, such as a wedding or holiday party. “This is normative and important to conform to some kind of societal expectations and family
expectations,” he says.

When meeting with his clients, Dr. Daniel G. Shapiro, a developmental-behavioral pediatrician in Rockville, Maryland, doesn’t spend a lot of time focusing on a child’s wardrobe preferences. “If a parent comes to me and says, ‘My kid dresses the same way. How worried should I be?’ I don’t ask a whole lot of questions about their clothing choices,” says Shapiro, creator of Parent Child Journey, a parent training and support program. “The bigger issue for me is: Do they have the friendships that they want to have? How do they feel about themselves? Is the clothing issue part of a larger package or not?”

Shapiro often works with children on the autism spectrum, and while dressing in the same clothing every day can be a sign of the disorder, there are other indicators as well. However, in typically developing kids, wearing the same clothing repeatedly is fine, he says.

After my daughter told me what her best friend said to her, I reminded her that it doesn’t matter what a person wears, it matters how they treat others. She agreed, but I knew it still bothered her.

Soon after, there was a sale at a department store. My daughter and I looked through their online selection together and she picked out a few new outfits. After wearing them a few times, she gravitated back to her old favorites, and quite frankly, I am OK with that. They’re always clean when she wears them, and they really do represent her.

Why your kids will survive quarantine

That friend hasn’t brought up my daughter’s T-shirt choices again but recently started asking why she wears the same jacket all the time. (Who knew you needed multiple jackets now?) Thankfully, my daughter doesn’t seem as bothered by the comments this time. She likes herself, and that is what truly matters. 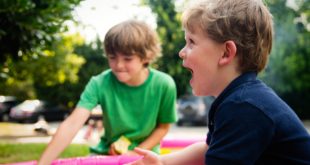 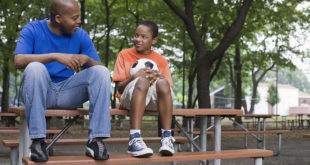