Some things only a daughter can appreciate about her mother — like her knack for shopping and decorating. I learned this after my daughter’s return to college in California. This time, her father helped her move in as I was on a business trip. Maybe the correct term is “assisted” because, as Grace tells me, the “help” was not exactly that.

I got a call from her on the first day they were there. She told me she was in Walmart wandering around looking for things and did not have a list and was a bit lost. “I wish you had moved me in. I mean I’m glad Dad is here, but he’s no help.” Lost? Without a list? How did this happen? She says it was because the move-in process was up to her. According to her, when they were in stores, her dad told her to get a head start and he would catch up.

“Even when he came to find me, he would just follow me around the store with the cart, and when I asked for his opinions on how many pans he thinks I would need or how many towels, he would just say, ‘Get what you need,’” she says. “Even when I moved into my room, he stayed back in the car and told me to get started.”

This should not have come to a surprise for Grace. When she and her sister were younger and would shop for Christmas gifts, he did pretty much the same thing. He took them to the mall, gave them money and took a seat. For the most part, my husband shops for household goods and makes an occasional stop at Wegmans because I don’t cook much anymore. For everything else, he shops online.

But now that I am needed, we do all right together. They don’t want someone who gives them a head start. Have other parents experienced this?

My colleague Stan Stovall and I both have daughters graduating from college this year, and I asked him how he shopped with his daughter. “In her first year I was very attentive,” he says. “Going down the aisles, telling her what to get and how much of it. But now that she’s a senior and living in an apartment, I have learned to back off. If my daughter says she’s got it, she’s got it.”

A few months ago, another colleague, Deborah Weiner, took her son to Tulane University for the first time. She says she could not have made that move without Bed Bath and Beyond — and the help of Tulane, which provided a lot of information to families. So, shopping was made easy. I called her when she was in the store, and in the midst of our discussion, she directed her son, Alex, on the things to put into the cart. Back at the room, Alex was on a quest to get his parents to put everything away.

“It’s the one day you are laborer and financier in the same day,” she says. “The only time of year you are those two things in one day.”

As for how her husband helped out: “My husband built a few tables. He’s good with wood.”
We each have our roles. We’ve been doing 18-plus years of parenting, after all. Maybe different personalities just gravitate toward different roles.

I like that I was needed in my role, even if I couldn’t be there. I love this from Grace: “You would’ve had more opinions on how I should move things, how I should decorate and what to buy,” she says. “It was frustrating because I was fully in the dark. Especially since I now live in an apartment and need to cook. So yes, you would’ve been more helpful. Wish you had come.”

She appreciates me! I love that, too. But secretly…. I am glad I did not have to do any of the heavy lifting.

Lisa Robinson is the mother of two daughters raised in the Baltimore Area. One is still a teen, the other is out on her own, but Lisa knows she will never really retire from motherhood. Lisa is an award-winning journalist, news anchor and investigative reporter at WBAL-TV. She is a member of the Delta Sigma Theta Sorority and an avid reader who likes to cook, write, entertain and get her exercise. On a sunny day you might just see her out and about for a run.
Previous Staycation Anyone?
Next Autism conference aims to connect 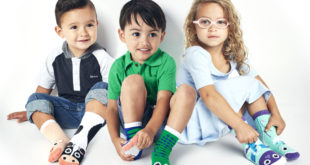