Food is essential for life. But what happens when you see food as the enemy?

Mandras was a standout collegiate soccer player at Michigan State University when she began restricting certain foods from her diet in an effort to lose weight and boost athletic performance. Before long, she was consuming less and less while working out more and more, as her new habits became an unhealthy obsession and ultimately a full-blown eating disorder. She tackled that demon with professional help and retrained herself to forge a healthier relationship with food.

Back to the forefront Throughout that journey and into marriage and motherhood, Mandras kept her struggle private. Then, 11 years after addressing her eating disorder, she found herself facing food allergies with her young son, Austin. Having had no previous exposure to food allergy symptoms, and with little Austin’s inability to express what he was feeling at just 15 months old, the Mandrases were unaware that Austin’s resistance to eating was due to allergies.

“Austin was diagnosed with a feeding disorder when he refused to eat solid foods. He had developed an aversion to food because he associated it with pain and discomfort, as we had been feeding him allergens all along,” Mandras says. The toddler was admitted to an intensive feeding program at Mt. Washington Pediatric Hospital, and the parallels hit home.

“I found the irony between his condition and my past experience with an eating disorder. Though completely different, I watched him in the program and couldn’t help but see similarities, physically and psychologically,” Mandras recalls.

“My personal history with an eating disorder definitely ramped up my anxiety level significantly,” she says. “When treated for an eating disorder, I was trained never to eliminate a food or restrict my diet again. So when Austin was diagnosed with five life-threatening food allergies, we had to completely give up those foods for his safety and life. Ultimately, through a lot of hard work, therapy and resiliency, both Austin and I eventually overcame our disorders.”

Realizing the correlation between disorders inspired Mandras to break the silence on her background with eating disorder and also to become a voice bringing more awareness to food allergies and feeding disorders in children.

“People with eating disorders typically become preoccupied with food and their body weight. I was never thin enough in my mind,” Mandras says. Austin, being a toddler, naturally did not have body-image issues that drove his refusal to eat. For him, it was the distress he felt when exposed to allergens that made him fearful of most solid foods. Avoiding allergens was, of course, essential to Austin’s health. But not understanding which foods were bad and which were good left him resistant to nearly everything, and his lack of food intake became dangerous.

“Austin only ate three foods (avocado, banana, and sweet potato) at the time he was admitted to the feeding programs,” Mandras says. “A child with a feeding disorder eats only a few foods, completely avoiding entire food groups, textures or liquids necessary for proper development. Children diagnosed with feeding disorders are at greater risk for compromised physical and cognitive development, behavioral problems and even failure to thrive. Austin was failing to thrive at the time.”

Mt. Washington Pediatric Hospital’s Comprehensive Program for Feeding Disorders was a saving grace for Austin. “I have to say that admitting him to that program was one of the hardest things I’ve had to do as a mother,” Mandras says. “Obviously, I knew it was for his best interest and health, but letting go and separating from him for an entire day was traumatic for both of us. I felt extremely alone, as the friends and families surrounding us had never run into these issues with their children and could not relate to me.”

Austin’s participation in the program completely turned around his relationship with food, and his story is profiled in a video on the hospital’s website (mwph.org). Mandras has now made it a mission to help others who find themselves in that situation, offering supportive advice to patients and families.

Mandras notes that one in 13 children, or about two per classroom in an average school, have food allergies. With so many children and families affected, there is no need to feel lonely. But there is a need for kid-friendly education on the topic.

In her new children’s book, “Austin’s Allergies,” Mandras explains key points about food allergies in a way kids — and their siblings and parents — can understand. “That is why I wrote the book. When Austin was diagnosed, I needed help explaining it to my other son in words and language that he’d understand, and I learned how to communicate the issues with Austin. Children’s books were the best way to convey important ideas and messages for everyone to better understand.”
Available at austinsallergies.com, a portion of each book sale is donated to the Allergy & Asthma Network.

Courtney McGee is a freelance writer, cancer warrior, runner/triathlete and compulsive Candy Crusher. She lives in Towson with her husband, their three children and their high-maintenance rescued hound dog.
Previous Mom Life
Next B’More Social Feb. 21-24 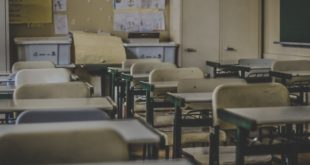 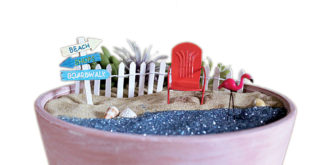 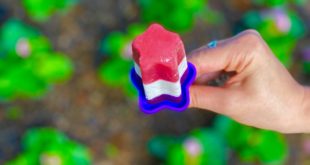