Say Cheese! Did you know July 14 is National Mac and Cheese Day?

This Saturday, July 14, marks one of our country’s greatest holidays: National Mac & Cheese Day. To celebrate, the pasta experts over at Noodles & Company brought three of their main macs to the office to share with our staff. After an intensive taste test from our in-house aficionados, Mid-Atlantic Media has deemed one mac the cheesiest of them all.

The tastes of a classic summer night, mixed with creamy cheese and elbow noodles, made the BBQ Pork mac an easy scoop onto the plates of our testers. Tangy barbeque sauce and pulled pork complimented the buttery cheesiness of the dish, which was an easy favorite for CEO Craig Burke. (He quickly declared it his winner after one bite.)  Cat Carter, a spicy-food enthusiast from the Production team, wasn’t so sure.

“There isn’t much of a kick,” she said, comparing it to the Buffalo Chicken option. 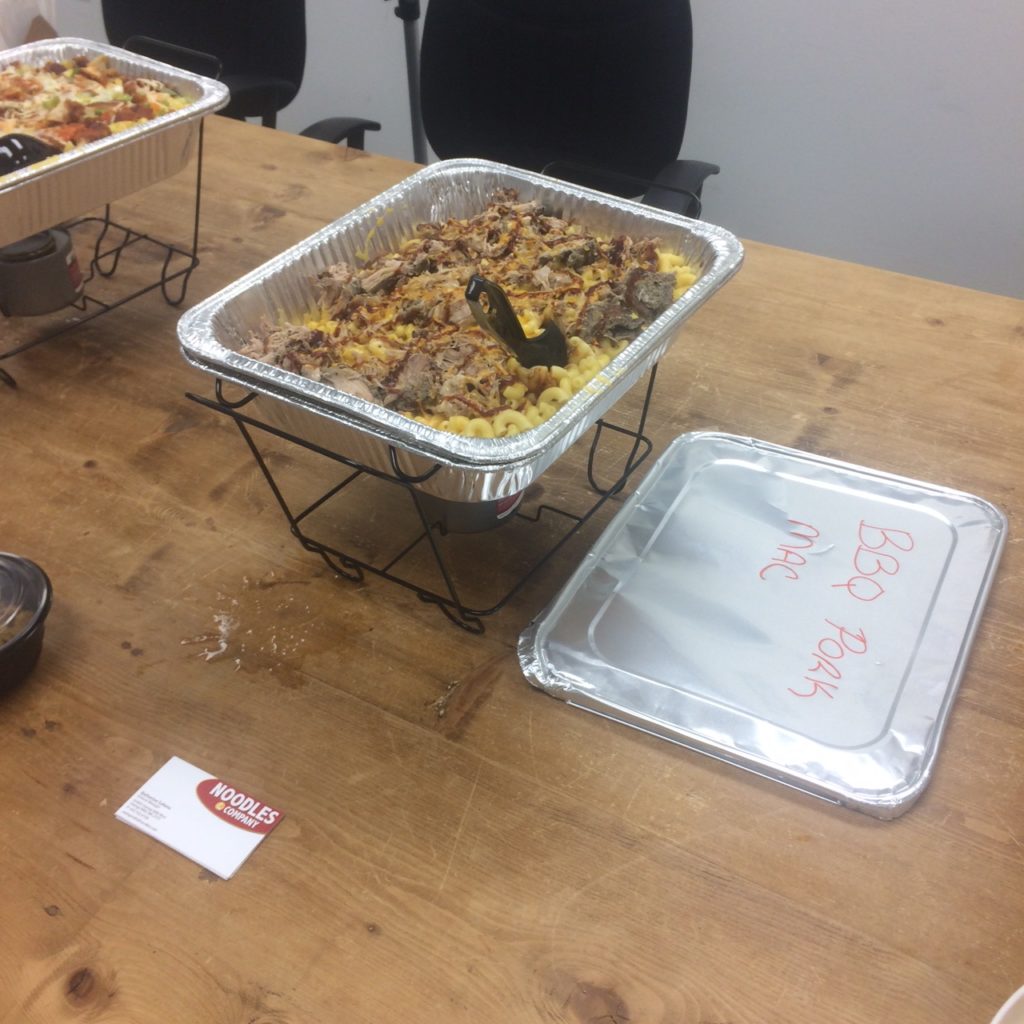 Assuredly the most debated was the Truffle Mac. Elbow noodles mixed with black truffle, mushrooms and parmesan cheese were piled high on plates around the table. After some encouragement, even the mushroom-averse (like writer Kim Uslin) tried the velvety mac— if hesitantly.

“It’s good, but I definitely can taste the mushrooms,” said Uslin. While unsettling for her, the strong mushroom taste was award-winning for others.

Buffalo chicken, a staple game-day delicacy, also found its way onto the forks of the MAM staff. Crispy chunks of seasoned chicken mixed with elbow noodles and Frank’s RedHot Buffalo Wings Sauce was enough to transport the taster to Super Bowl night.

“There were definitely multiple flavors,” said Susan Ingram of the multi-ingredient mac. Aforementioned hot-food fan Carter was not immediately struck by the spiciness, but later proclaimed that there was, indeed, a good afterburn.

Truffle Mac truly won the hearts of the MAM team, with its undeniably creamy cheese united with the earthy taste of toasted mushrooms. In the end, it was the caliber of cheese that set it apart.

“You gotta have that cheese,” said sales staffer Linda Benkhadra.  “It’s just not mac and cheese without it.”

Previous A Mom’s Guide to Baltimore: Shopping
Next Dodging Dehydration 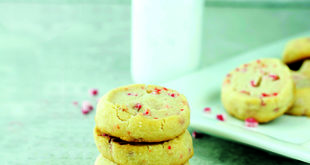 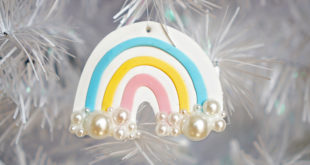 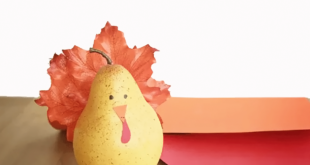 How to Make Pear Turkeys for Thanksgiving