A Christmas Question To introduce Santa or not?

Christmas approaches, and I’m wrestling with a question to which I can find no clear and satisfying answer: What of Santa Claus?

Our daughter is 2, and we suspect that she is now old enough to develop and enjoy a basic understanding of Santa (the full, supernatural implications may elude her for another year or two).

My wife wants to cultivate in the girl a belief in Claus; she argues that it will offer a sense of magic and mystery the toddler hasn’t yet encountered, and may never encounter again. In other words, she believes it will bring our daughter joy for a couple of years before (hopefully) empiricism and rationality set in, and that perhaps she’ll retain a bit of that imaginative spirit into adulthood.

It’s hard for me to disagree with that, but I remain ambivalent. Spurring imagination is great, but we’re secular folk; we don’t plan on encouraging our daughter to believe in any other forces or entities that don’t hold up to measurable, visible scrutiny, so why open that door at all?

I worry that we’ll basically be teasing her and lying to her for our own amusement as well as hers — but then again, my concerns about dishonesty aren’t particularly logical or consistent.

After all, if she does take to the idea of Santa and does prove delighted by the concept of a rotund magical home invader bringing her toys, I will almost certainly find it heart-meltingly adorable. Also, I’ve been lately trying to convince her that she can control the windows in the car just by shouting “open, window!” and “close, window!” while I covertly work the controls from the driver’s seat, and I think she believes it now (I know, I know … those of you without sin, I await your stones).

I myself was never a believer in Santa Claus, and my childhood Christmases weren’t spiritual or religious. They were about visiting with family, giving and receiving presents and watching cartoon holiday specials. My grandparents would always arrive at our home with an armload of presents on Christmas Eve, which would then be placed under the tree and supplemented by my parents before my older sister and I went to bed, so there was never any mystery about where the gifts were coming from.

My parents also tell me that when my sister got to preschool and was taught about stranger danger, she became upset that a strange man might be coming into the house on Christmas Eve so they quickly assured her it was all make-believe. Fit down a chimney though he might, there was no room for St. Nick in our worldview.

And yet the temptation to introduce Santa to my own child is strong, perhaps too strong to resist. So what to do?

The same thing we always do, I guess: Consult the wisdom of those more experience than you, cross your fingers and hope for the best. Luckily this is a question that has troubled parents since the dawn of, well, the Internet.

Like some of my fore-bloggers before me, perhaps I can harness the power of Santa for my ends, i.e., building my daughter’s skepticism and deductive reasoning skills. One school of thought suggests that this process of discovering the truth can be a positive experience for kids, giving them a sense of pride at having solved a sort of puzzle and having begun to join the adult world.

So, when she starts to question or show doubt, we’ll encourage her to think critically and investigate further. Rather than trying to convince her, we’ll gently nudge her to the truth.

That’s the plan for now, at least. I sure hope it works.

The good news is, we don’t have any such conversation about the Easter Bunny. That guy’s totally real.

Daniel Leaderman is a former journalist. He lives in Baltimore with his wife and daughter.
Previous ‘Magnificent’ to us
Next Learning to Give Is a Gift for Our Kids 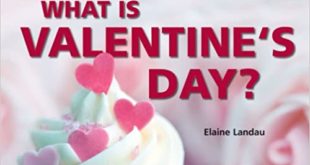 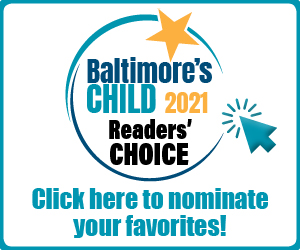