A friend who asked to remain anonymous was walking in a park with her toddler son, her dog and her mother-in-law. She noticed her son chewing something.

“What’s in your mouth?” she asked him. My friend turned inquiringly to her mother-in-law, who shrugged in denial.

“I found it on the ground,” her son announced proudly.

The words had hardly left her son’s mouth before my friend, screaming, removed the gum as her mother-in-law watched.

As parents, it’s our job to mold our young children into independent, socially adept human beings who can control their impulses, share their toys and independently determine the edibility of gum. And as parents, we know this educational process is not always smooth or appetizing. Before they learn social norms, customs and basic standards of hygiene, our kids embarrass us.

When I set out to research this topic, my unscientific Facebook poll showed kids embarrass us most often between the ages of 3 and 4, predominantly while shopping at Target, oddly enough

To learn more about this trend, I asked Baltimore’s Child readers to share their embarrassing moments, while two local child and family therapists — Vivian Morgan of True Balance Counseling Collective and Stacy Stoddard of The Counseling Center — helped me find the lessons in all these scenarios.

I’ve used only first names here to afford parents the proverbial brown paper bag to fit over their heads.

Rachel shared a story about her 3-year-old daughter’s observation skills while they shopped at Target: “My daughter … loved to sing and would sing her thoughts a lot. While strolling through Target, we came upon a very obese woman. My daughter starts to point and say something, so I quickly whisper in her ear that if she needs to say something she should whisper it into my ear and not say it out loud. A minute later, the woman is still nearby, and my daughter starts to sing: ‘Sometimes you’re in Target and you see a really fat lady and your mom tells you to whisper in her ear … ’ I don’t remember exactly what I did, but I’m pretty sure we hightailed it out of there!”

Of Rachel’s tale of woe, True Balance’s Morgan says: “Mom did a perfect job handling that: anticipating her daughter’s behavior, and trying to be proactive. In the debriefing, she can bring up how it’s important to think about other people’s feelings. She could say something like, ‘In our family we don’t care [about size differences] but that might hurt someone’s feelings.’”

The Counseling Center’s Stoddard says the child in this instance did what “kids are supposed to do: experiment with language and notice differences.” She says Rachel could have been direct in the moment, rather than flee. “Turn to the woman and say, ‘Sorry,’ while not making a big deal in front of the child,” she suggests. “Then, after the Target trip, you can say something like, ‘It’s OK to notice people, but it’s not OK to point out people’s differences in a way that might hurt their feelings.”

Emily and her 4-year-old daughter were in line at Cirque du Soleil when her daughter made an observation. “There was a gentleman in a wheelchair in line behind us who was clearly a double amputee,” Emily says. “Rosie put her pudgy hand on one of his stumps and said, ‘I’m so sorry about the boo-boo on your no legs.’”

Morgan says: “Rosie is very compassionate! I think in a situation like this you can gauge how the person receives that. Make eye contact, see how he’s receiving it and say something like, ‘My daughter cares a lot about people.’ Then redirect your child.”

It may be humiliating in the moment for parents, Morgan adds, but the fact that kids notice differences is not a bad thing. “Social awareness, compassion and empathy are features of emotional intelligence, and these are things we want to cultivate in children. [Emotional intelligence] impacts how they’ll manage their emotions, how they’ll relate and how they’ll solve conflicts. Studies have shown it’s related to success in the workplace and in life.”

Stoddard says the research also supports talking to your child about what they observe. “There was a study … that showed [kids of] parents who didn’t mention race at all — the so-called ‘colorblind’ approach — had more racist beliefs and ideas than [the kids raised in families who] acknowledged the fact of people’s differences.”

Joanna says her most embarrassing moment happened “when my 3-year-old sat in the front of the shopping cart in Target and gleefully yelled, ‘What the f—?’ throughout the whole store, because his father had been watching March Madness at home.”

In a situation like this, Stoddard says, “Not reacting is the best route. If you react very negatively, the child feels shame and he doesn’t know what he’s done wrong. He’s just trying out new words and repeating what he heard.”

On the other hand, she says, if you “crack up, they’ll just repeat it more and more.” In the moment, Stoddard advises, “Ignore it. Then, after Target, have a one-minute conversation. ‘Remember that word you said?’ Let them know it’s not a word we repeat.”

Morgan gives the same advice and adds, “Mom’s sense of humor has to come in to this. If people around are reacting, you can say, ‘I’m sorry, March Madness has made my house crazy.’”

And then, she says, “change the subject. Move on.”

Kids aren’t just noticing the people they see at Target. They’re looking at themselves — and at you.

Claudia shared, “I brought my 4-year-old son inside the bathroom stall with me at Philadelphia International Airport. I didn’t trust him to not run out of the bathroom. I told him to stand in the corner of the stall and not look. Apparently, he snuck a peek because he exclaimed, loudly, ‘Mom, where’s your penis?’”

Stoddard says, “Answer honestly, be age-appropriate, then drop it. Kids make a big deal if we make a big deal about it. They learn what’s shameful by watching us, even more so than from our words.” In this instance, she says, “it’s really about your in-the-moment reaction.”

Morgan advises not to shame kids for their curiosity. “We’re so mortified that our child has said that. Well, it’s just a body part. It’s not obscene.”

Kate’s story is similar. “From being in pediatrics, I have always pushed using correct terms for body parts. My son was 4 when he … proudly yelled, ‘Grandma, you have a vagina! Pop-Pop, you have a penis!’ The room went quiet. My brother-in-law says, ‘What are you teaching these kids?’”

Morgan points out that Kate’s son is proud of what he’s learning. “He’s taken what he’s learned and he’s applying it to the world. In this case, I’d go with a generalization and say something like, ‘Wow, you’re learning a lot,’ then redirect. Then at home, have a quick talk. Private parts are private!”

There’s no way around it, Morgan says. “Kids put us in these positions of total absurdity. It’s the age of wonder. There’s no ill intent at all. That’s why it’s so funny. The trap we get into is when we own our kids’ behavior as our own.”

Instead, Morgan says, try understanding the situation from your child’s point of view. “It can be empathy-building for you, and for them.”

If people hear your child say or do something embarrassing, Stoddard says, “so what? Let them laugh around the dinner table. The important thing is your child. What people think doesn’t really matter.” Stoddard pauses, then adds, “Easier said than done, of course!” 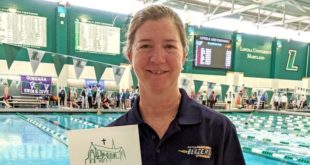 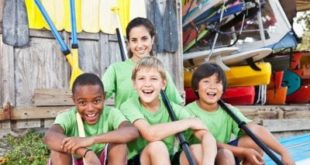 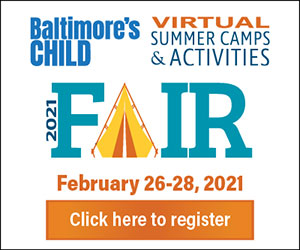