Urban Planning Is a Parenting Issue

I grew up in a tight-knit neighborhood in the city of Pittsburgh. I walked to school starting at 11. On school vacations, I chaperoned my six younger cousins to the Carnegie Museum of Natural History, where we’d spend the day. Now the sight of seven unattended children in a museum would garner a call to social services. But back then, it was normal and expected that kids would gather and go to interesting places on their own.

My parents, in the Free to Be You and Me, raised-by-wolves 1970s, drove me almost never.

I walked. Took the bus. Figured it out. But the fact that I was able to have that independence wasn’t solely due to different times, or even laissez faire parenting. It was my parents’ comfort with, and trust in the city of Pittsburgh’s design. The coherent, accessible, safe, navigable streets of the neighborhood were my competent babysitter. By contrast, a generation later, my kids in Owings Mills have amenities, but they lack access to what I believe are urban planning essentials for an independent childhood: sidewalks, connecting alleyways, transportation options, parks and culturally interesting public places aside from athletic fields where they can mingle with their peers. My kids have no link to the outside world. I am their link. Mom’s Minivan is their link. I drive them. I pick them up. I deliver them again and again.

It’s not good for any of us.

Their formative years should not be spent in infantilized, embryonic fashion in Mom’s Minivan, Instead, they should be actively developing mind and musculature in exploration of the world.

Good city design should enable kids to to test their own confidence and be in the world on their own. They need to walk places. Hop a bus. Go downtown. Go uptown. They should be able to get from point A to point B in Baltimore unassisted.

President Trump has promised to spend billions of dollars on infrastructure for cities like Baltimore. We parents should advocate for some of that money to go toward reimagining the urban landscape. How can adults expect children to be independent and engaged with the world if that world doesn’t have sidewalks? If it only offers spotty public transportation? If there’s little shared green space? If the streets are teeming with zooming traffic that makes it dangerous to walk between neighborhoods or to school?

Baltimore-area parents, now is the time to get involved in city planning as a parenting issue. We must advocate for sidewalks that don’t end, parks and pedestrian-friendly, connected neighborhoods. We must read Jane Jacob’s The Death and Life of Great American Cities as a parenting manual. We must insist upon an environment that prioritizes children over cars, that promotes children’s safety, confidence, health, wayfinding, independence and curiosity.

Elizabeth Bastos is a freelance writer mother of two in the NW Baltimore suburbs. Her work has been featured in The Baltimore Sun, The Boston Globe, The Washington Post, McSweeney's, and The New York Times. She is at work on a book about reconnecting her children with nearby Nature. When she's not writing, she's hugely embarassing her children by looking for pigeons and animal tracks outside Target.
Previous How Well Do You Know Pizza?
Next Adventure Time 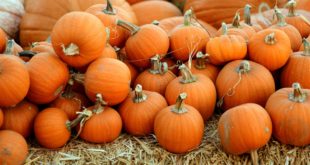