To March or Not to March

Protests, marches, and demonstrations aren’t going anywhere anytime soon. On a number of issues people are banding together to express their resistance and in some instances outrage or even support for certain issues. Having said that, is it a good idea to bring children along?

There were many families with young children at the Women’s March in Washington, D.C. this past January. Some people brought their older children as well. Karsonya Wise Whitehead, Ph.D. an associate professor at Loyola University of Maryland, went to that march with her two sons, ages 16 and 14. She says she wanted them to be part of history and part of the resistance.

It was not their first protest. “My sons have been participating in protest marches ever since 2013. After the murder of Trayvon Martin and the launch of the Black Lives Matter social movement, I began to get more involved in social activism and I took them with me because they had questions and they wanted to be involved. It was a very difficult decision but it was ultimately their choice,” Whitehead says.

Sinai Hospital pediatrician Dr. Michael Zollicoffer highly recommends you take your children to march, rallies, protests, etc. He says, “Especially in this day and age when cell phones and social media are so prevalent in our lives, it’s very important for them to be out in the world seeing how it should work…through human thought, human action and human emotion.”

He suggests that you have a conversation with your children before taking them so you can put things in perspective. “You have to tell them what the issue is, what you think and why you have come to that conclusion.”

Whitehead says that activism is something her children learned from the time they were old enough to walk. “We did not, and [still] do not, have television, so we play activist games—sit-in movements in the basement and protest marches in the backyard. For my sons, it was not a big step for them to move from ‘playing’ and ‘talking’ about activism to being actively involved in it. They are young black boys growing up in America and they need to be aware of the tensions that are involved with being black and male in this country. This is the world that they will grow up in and they need to have an active role in helping to shape it.”

My daughter Grace was 16 when she went to her first march. I went along with her and a friend to a Black Lives Matter rally in Washington, D.C. While not an active participant, I was there as needed for guidance and safety (and to take pictures). It was good to offer each of them historical perspective about that particular rally and some of the speakers involved. I allowed her to go to a few more with her friends without me, as long as I felt they would be safe. When I see people getting arrested and things getting out of hand, I forbid her to participate. She does love a protest if it is something she is passionate about. She makes sure she has a reason for what she is doing.

Dr. Zollicoffer says he doesn’t think there should be an age limit on children protesting. And he goes back to context. He says you have to explain things so they can absorb it at their own level. “Without this, they may be confused, and the chaos of people shouting and marching may be overwhelming.”

Whitehead says that when she and her sons marched for 10 days for Freddie Gray, she set parameters for them. “They had to write their phone number and information on a white t-shirt that they wore under their clothes in case something happened to them. They had to write the name of the law student’s assistance service on their arm. Keep their eyes open. They were not allowed to talk to reporters (print or television) unless I was present,” she says.

Doctor Zollicoffer says be sure to engage with your children—young and old—about their experience after returning from a protest, asking about what they saw and heard and how it affected them and others. He says parents should remember that our children are moved by what we do morally. “They will mirror how you behave.”

Lisa Robinson is the mother of two daughters raised in the Baltimore Area. One is still a teen, the other is out on her own, but Lisa knows she will never really retire from motherhood. Lisa is an award-winning journalist, news anchor and investigative reporter at WBAL-TV. She is a member of the Delta Sigma Theta Sorority and an avid reader who likes to cook, write, entertain and get her exercise. On a sunny day you might just see her out and about for a run.
Previous Addiction Does Not Discriminate
Next Let’s Get Growing! 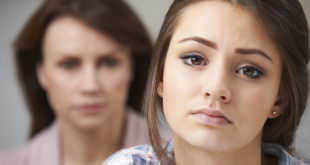 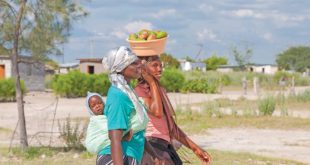 World View Study abroad changes one student, and her mom is glad