Addiction Does Not Discriminate The opioid epidemic is reaching all demographics, including adolescents. On Dec. 16 of 2013, just two days after his 23rd birthday, Carroll County native Sean Schmidt would inject what he thought was heroin into his arm, a decision that would end up costing him his life.

On that same day Beth Schmidt lost her son, she would also gain a purpose—working with the Carroll County Chapter of the Maryland Heroin Awareness Advocates to reduce the number of children lost to opioid addiction. “I just couldn’t keep my mouth shut,” she says. “I needed parents to know what I had learned while they are in it. I didn’t have anyone to turn to.”

The current spike in opioid overdoses and deaths have been called the “opioid epidemic.” Opioids are a family of drugs that include prescription pain medications like morphine and hydrocodone, along with their illegal relative, heroin. The “epidemic” part of the opioid epidemic stems in large part from an over-prescription of pain medication, says Mary Viggiani, the program manager for substance use services at the Baltimore County Health Department, and that is especially true for adolescents and those in their late teens and early 20s.

In 2015, an estimated quarter of a million adolescents (ages 12 to 17) reported using pain relievers for nonmedical (i.e., recreational) purposes, according to the American Society of Addiction Medicine, with just under half of those identified as having an addiction to those medications. These numbers, along with the spikes in deaths and overdoses across the state, should be a call to action for parents.

Sam Bierman, the executive director of Maryland Addiction Recovery Center in Towson, estimates that 95 percent of the 18- to 30-year-olds they see come for opioid addiction. A lot of them started off with legitimate prescriptions to pain medication, but then become dependent on them, and eventually turn from prescription pain medication to heroin, the cheaper, and stronger, alternative.

That’s what happened to Sean, says his mother. When she spoke at Sean’s middle school recently, Schmidt showed a photo of Sean at 19 in a baseball uniform, preparing for a charity game to benefit a child with leukemia. “Here, he was already addicted to pills,” she tells them, to wide-eyed surprise. Schmidt had no idea her son was struggling until he finally came to her and told her everything. In the end, the addiction still overtook him.

Area schools have begun to recognize the reality of the opioid epidemic. Harford, Baltimore and Anne Arundel County schools recently began stocking the overdose “wake up” drug naloxone and training school nurses to use it. Baltimore City and Howard County are in the process of setting up similar programs.

“Everyone thinks addicts are junkies behind dumpsters,” Schmidt says, but that’s not the case anymore. “The face [of addiction] has changed and people don’t want to admit that,” she goes on to say. “We’re losing a generation. The stigma is absolutely killing people.”

In the course of her advocacy, Schmidt says she thinks talking to middle school students has been most effective. Don’t talk down to them, she says, and respect where they’re coming from. You obviously aren’t condoning the behavior, but if they’re in a position where they’re in over their head, they need to know they can reach out.

Schmidt’s advice to parents: Be aware. The individual signs—no longer enjoying something they used to enjoy, changing sleep patterns, stealing money, letting go of normal hygiene, being upset over tiny things—can be explained away individually (especially for teenagers), Schmidt says, but together they can add up to something much worse.

Don’t be afraid to talk to your kids, she says. Sure, they might be offended, but at least they know that door for help is open. As it did for Maryland Addiction Recovery Center’s Bierman, who has been in recovery for opioid addiction for 10 years, it often starts very innocently.

Once addicted, it’s no longer about getting high, Viggiani says, but about needing the drugs just to feel normal. Without them, the body feels sick, tired and in pain because it is in withdrawal. That’s when innocent exploration becomes something more dangerous and, in Sean’s and too many others’ cases, fatal.

“Once someone is addicted, they have basically lost the ability to choose,” Viggiani says. “It’s not personal. That’s what happens.”

Addiction is a family disease,” Bierman says, adding that even the healthiest household is overwhelmed when someone in it is struggling with addiction.

The drug Sean actually used the day he died was a potent synthetic opioid many times stronger than heroin called fentanyl, which has been one of the main causes of the spike in opioid deaths in recent years, according to Viggiani, either on its own or when combined with other drugs, like heroin.

In Maryland alone, the number of fentanyl-related deaths jumped from 186 in 2014 to nearly double in 2015 at 340, according to the Maryland Department of Health and Mental Hygiene. Heroin-related deaths, too, are on the rise: 578 in 2014 to 748 the following year.

With numbers like those, it is no surprise that a Gonzales Poll from January showed 41 percent of Marylanders said the opioid epidemic has affected either them personally or someone they know.

As all those I talked to told me, it’s going to take a village—and we need to start when kids are young. BC

Previous Think Spring
Next To March or Not to March 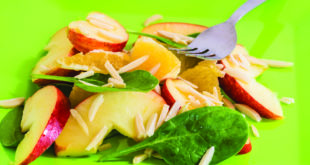 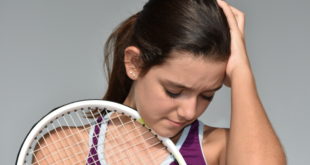 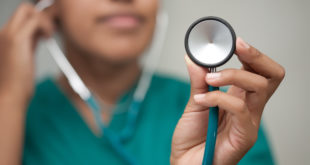