With the Fourth of July only one week away (seriously, where has the summer gone?!), it’s time to make some patriotic plans.

Baltimore’s 4th of July Celebration
Presented by Ports America
The city’s biggest patriotic party goes down at the Inner Harbor with live music and a spectacular choreographed fireworks show. Word to the wise: If you love the pyrotechnics but not the huddled masses, catch the rockets’ red (and white and blue!) glare from vantage points in Federal Hill, Locust Point, Fell’s Point, Canton and Harbor East.
Free. 7-10 p.m. at the Inner Harbor.

Pier Party at the National Aqarium
Try a different take on the Harbor celebration with the National Aquarium’s Pier Party, a ticketed event for the whole family featuring crafts and face painting, live music and a BBQ Buffet. As kids take advantage of the all-American fun, parents can sip local wines and beer while enjoying first-class views of the fireworks.
Tickets: $28.50-$48.50 for members, $58.50-$78.50 for non-members. 6:30-10 p.m. at Pier 3 in the Inner Harbor.

4th of July in Annapolis
Belly up to the bayside for our state capital’s robust Independence Day offerings. Start your evening with the patriotic parade, featuring marching bands, fire trucks, fun floats and more, then head to the City Dock at Susan Campbell Park for a free concert of national tunes from the Naval Academy Band. Stay on the dock for the fireworks show, or head out on the Harbor Queen cruise for an even better view.
Parade, concert and fireworks free, cruise $53 for adults and $30 for children. 6:30-10:30 p.m. in Downtown Annapolis.

Star-Spangled Spectacular
O, say, can you see…the Baltimore Symphony Orchestra performing the 1812 Overture, Sousa’s Stars and Stripes Forever and many more patriotic tunes? Of course, as well as a fabulous fireworks show and fantastic fare from local food trucks! Bring a blanket and enjoy the sights and sounds—you’ll be proud to be an American.
Tickets: $20 for adults and $10 for children. 5 p.m. at Oregon Ridge Park in Cockeysville.

Visionary Pet Parade
If standard barbecues aren’t your style, celebrate Independence Day with some seriously patriotic pooches at the American Visionary Art Museum’s “Visionary Pets on Parade.” Dress your favorite furry friend in their red, white and blue best and compete for prizes like “Best Costume” and “Most Patriotic.” Even if you don’t have a pet yourself, it’ll be plenty of fun.
Free. 10 a.m. at the American Visionary Arts Museum. 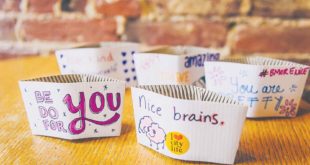 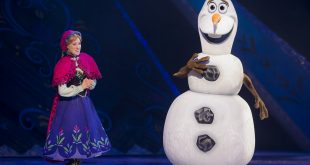