Striking the Balance Between Affordability and Safety By David Nelka

Whether it was a Volkswagen Beetle or a Dodge Charger, parents typically recall their first car with great fondness. But, when it comes to finding a car for their teens, that parental nostalgia often gives way to concern.
And rightfully so. Teens are the highest at-risk group when it comes to car accidents. According to the National Transportation Safety Board, motor vehicle crashes are the leading cause of death for young people 15 to 20 years of age, causing roughly one-third of all fatalities in this age group. And, according to the Insurance Institute for Highway Safety (IIHS), the youngest drivers are at highest risk for crashes in the first months after getting their licenses.
Exacerbating an already precarious situation, according to a recent national study of more than 900 teen drivers conducted by Liberty

“Choosing a car for your teen to drive can be a tricky situation for any parent,” says Dave Melton, director of Transportation Technical Consulting Services at the Liberty Mutual Research Institute for Safety in Hopkinton, Mass. “Typically the transportation need must be addressed within a practical budget, which often means giving the new teen driver a hand-me-down or purchasing an affordable used car. Safety is often a second or third consideration, but it should be an equal if not leading consideration. Does this mean used cars should be avoided? No. It means parents need to weigh carefully the safety features available and ensure that the important ones are present and working properly.”

Current Safety Standards
In the past 15 years, at least four new important safety features have become standard in newer car models, including advance frontal airbags, side air bags, tire pressure monitoring systems, and electronic stability control.
With 88 percent of teens with cars using them to drive to school, according to the Liberty Mutual/SADD study, now is the time for parents to consider the safety of the their teens’ vehicles.
“Getting a driver’s license and a first car are rites of passage for teenagers, but this research proves it is vital for parents and teens to choose cars carefully,” says Stephen Wallace, chairman and chief executive officer of the national SADD organization. “Safety should be the number-one priority.”
Parents should consider a number of safety checks while considering the used car their teen is or will be driving.
1. Conduct a dashboard test. An easy test is to turn the key and watch as the warning lights on the dashboard illuminate. Then, turn the key further and start the car. If a light stays on after the car starts, something is not working properly. The lights are indicators that the vehicle is doing a “self-check” to ensure all features are operable.
2. Is there an Antilock Braking System (ABS)? And, more important, does your teen know how to use it? Antilock brakes, introduced in the late 1980s and currently in about 83 percent of cars, are not meant to be stabbed numerous times in a row or pumped. Doing so defeats the purpose of ABS. A vibrating feeling underfoot and loud “chattering” noise actually means the ABS is working properly. The real benefit of ABS is that it allows the driver to maintain steering control in an emergency. It’s a good idea to take your teen to a safe place, drive 15 to 20 mph with seatbelts properly fastened and slam on the brakes to get a feel for what ABS feels and sounds like.
3. The more airbags, the better. It’s standard on new models to have driver and passenger airbags. But protection is dramatically increased with the addition of side torso and head curtain bags. More recently, dual-stage and smart airbags have become available. Dual-stage airbags offer two levels of inflation depending on crash severity—full pressure for hard impacts, less for more minor hits. Smart airbags include sensors that assess the weight or position of the occupant to determine whether or not to fire the front passenger airbag.
4. Does the car have stability control? This is an especially important function if you are buying your teen an SUV. Stability control, which works using the ABS system sensors, helps prevent skids and helps keep equipped vehicles under control during abrupt maneuvers. A new report from the National Highway Traffic Safety Administration (NHTSA) says that stability control has been very effective in reducing crashes. Automotive safety experts now say that stability control is the single most effective safety device in vehicles since the advent of seatbelts.
5. Check the condition of the seatbelts, head restraints, and tires. Properly adjusted head restraints help protect against whiplash in the event of a rear-end crash. Look carefully at seat belts to ensure they are not frayed, cut, or worn excessively. Make sure there are working safety belts for all driver and passenger positions. And tires must have adequate tread life left in them. Bring a tire gauge when hunting for a used car. Also, be careful of “aged” tires—tires that are older than five years need to be carefully inspected to look for signs the rubber is degrading. This can be a serious problem in cars that are not driven many miles per year—the tread may appear good, but the tire has deteriorated to the point where it is dangerous.
6. Does the car have traction control? Traction control is effective when starting out on roads that are slippery from snow, ice, or rain. It operates using the ABS wheel sensors to detect tire spin. If the tire spins because it has lost traction, traction control automatically defuels the vehicle to slow the drive wheels down and regain traction.
7. Does the car have All Wheel Drive (AWD), Front Wheel Drive (FWD), or Four Wheel Drive ($WD)?
AWD – Power is distributed to the wheels that have traction and not those that are slipping; this function is useful in all weather conditions. AWD vehicles are not suitable for extreme off-road driving.
FWD – This type improves traction because of the weight of the engine and transmission over the front drive wheels.
4WD – Commonly found in SUVs and pickup trucks, this feature is only useful if the vehicle is taken off road. These vehicles are usually rear wheel drive until they are manually shifted into 4WD.
8. Look up the car safety score. There are a number of websites, including www.libertymutual.com/lm/carsafetyscore, where you can research the safety ratings a car has received. Others include the Insurance Institute for Highway Safety (IIHS), www.iihs.org, and the National Highway Traffic Safety Administration, www.nhtsa.dot.gov.
Finally, parents should keep in mind that the crash rating for vehicles is determined in part by how well the passenger compartment protects the occupants. Newer vehicles have the benefit of automotive structural engineering advances that were not available even just a few years ago. BC

Baltimore's Child is written by parents like you. Want to contribute? Email our editor Jessica Gregg at [email protected]
Previous Protecting Teens from Hearing Loss
Next Where Do You Turn When Your Child’s Thoughts Turn to Suicide? 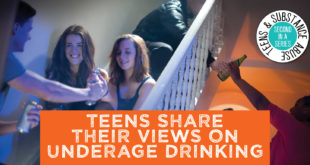 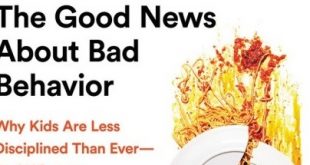