What If Your Preschooler is Out of Control?

We’ve all been witness to a young child’s meltdown. All that yelling and screaming and thrashing in the middle of a busy store makes you just want to turn around and duck down another aisle.
Especially if that child is your child.
Embarrassment aside, however, when should you worry whether your child is showing typical preschool behavior or behavior that is anything but typical?

“Tantrums in preschoolers are common and, in most instances, are considered a normal, even healthy, expression of intense emotions, disagreements, and dislikes. Experienced parents usually don’t get alarmed or panicked. Instead, they stay empathetic and compassionate,” says Dr. Mahmood Jahromi, a psychiatrist who specializes in treating children and adolescents in private practice in Towson and Bel Air. “However, frequent and intense tantrums could be a sign of an underlying emotional discomfort, especially if it’s associated with other symptoms like repeated head banging, unsafe or self-harming behavior, hitting, kicking, biting others, cruelty to animals, or running away.”

A Study of Tantrum Behavior
According to researchers at the Washington University School of Medicine in St. Louis, certain types of tantrums in preschoolers may be signs of serious emotional or behavioral problems. Their findings, reported in the January 2008 issue of The Journal of Pediatrics, indicate that long, frequent, violent, and/or self-destructive tantrums could indicate the presence of psychiatric illness.

“In my own work with families with younger children that tantrum, there’s typically little doubt that the tantrums are of sufficient severity to cause realistic concern to the family,” says Thomas L. Baumgardner, Ph.D., who practices clinical psychology and pediatric and adult neuropsychology in Towson. “However, taking a careful family and problem history is vital when providing consultation and treatment to these families.”

What Sets Them Off
Baumgardner explains that, when he consults with parents, he conducts a careful interview of the family members to clarify several issues. The family members—mother, father, siblings, and grandparents—specify the problem and the effect that the tantrums have on them. Whether cause or effect, there’s often a “problem sequence” that takes place repeatedly, either preceding or following a tantrum or recurring at particular times of the day such as mealtimes, or when Dad or Mom gets home, or at bath- or bedtime.

“Through careful history-taking and interview, we might discover that some children begin to display inherited temperamental traits that are contributing to tantrums,” notes Baumgardner. “For some children, these traits may signal the presence of significant mood or behavioral problems that need to be identified, understood, and treated. For other children, their temperamental characteristics are different from those of their caregivers, and this mismatch can be a challenge for parents and children alike.”
Jahromi points out that evaluating moods in a child who is just a few years old can be complicated, partly due to the child’s limited speech. Therefore, he says that it’s important to look at other signs and behaviors that indicate the child’s mood and general disposition, such as how the child normally deals with conflicts through non-verbal communication, which could be observed through the child’s play and artwork.
“Mood disorders, ADHD, and PDD [pervasive developmental disorder] are not the only possibilities [for what causes this behavior],” adds Jahromi. “Medical, neurological [such as intra-uterine exposure to drugs], ongoing abuse, and other causes should be considered.”

If any of these issues are found to be present, it’s important that parents seek professional pediatric mental health advice. In extreme cases, medication along with behavioral modifications and psychotherapy could be considered. And, in some extreme cases, hospitalization might be indicated.

Treating the Behavior
However, as Baumgardner tells parents, few medicines have been approved for the treatment of severe tantrums in very young children. Therefore, it is the parent-child relationship that provides the most potent vehicle for treatment.
“I approach the treatment of younger children who display troublesome tantrums through consultation and therapy with parents, with parents and children together, or with the larger family,” describes Baumgardner. “Viewing video recordings of family events that illustrate tantrums can be useful, or even home and school visits. Even in children whose tantrums are part of a mood and behavioral disorder or other inherited temperamental traits, understanding the family environment and relationships is vital to understanding the child and his tantrums and to collaborating with parents in developing solutions.”

That said, Jahromi reminds parents that children are very sensitive to their environment. The presence of unpredictability and instability increases their susceptibility to fears, anxieties, and tantrums. In other words, many times, extreme behavior can be avoided when a child is provided a safe and stable environment.
Finally, Jahromi emphasizes that parents should be consistent with the messages and expectations that they give their children. Children need clear and firm directions and need to be held accountable for their decisions as well as understand and experience the consequences of their behavior. In the absence of these things, he explains, children feel the lack of structure, which causes them to worry and be fearful, thus opening the door to tantrum behavior. BC

Five Troublesome Tantrum Behaviors
In a recent study, researchers at Washington University School of Medicine in St. Louis found that certain types of tantrums in preschoolers may be signs of serious emotional or behavioral problems. The following five tantrum behaviors appear to be connected with depression or diagnosable disruptive disorders. If you have concerns about your child’s behavior, be sure to discuss them with your pediatrician.

1. Displaying extremely aggressive behavior directed at a caregiver or violently destructive behavior toward an object such as a toy. The study found that children who act this way tend to be diagnosed with ADHD, oppositional-defiant disorder, and other disruptive disorders.
2. Intentionally injuring him- or herself through actions such as scratching until the skin bleeds, head banging, or biting.
“Children with a major depressive disorder tended to hurt themselves,” says Andrew C. Belden, Ph.D., one author of the preschool study. “We didn’t see that in healthy kids or those with ADHD and other disruptive disorders. It really surprised us that this type of behavior was emerging at such a young age.”
3. Having more than five tantrums a day for several consecutive days.
4. Having very long tantrums. Typically, children might have a tantrum that lasts 10 or 11 minutes. However, several children in the study—especially those with disruptive disorders—averaged more than 25 minutes per tantrum.
5. Being unable to calm him- or herself following a tantrum.
According to the researchers, the best news from this paper is that it’s normal for children to sometimes display excessive behavior. If your child lashes out at you, it doesn’t necessarily mean that something’s wrong. However, if he or she lashes out often and hits you every time or if your child intentionally tries to hurt him- or herself, there might be a problem. At that point, it is recommended that you consult a pediatrician or mental health professional.
This research was supported by the National Institute of Mental Health. The entire article is also available at the Washington University in St. Louis, School of Medicine website,
mednews.wustl.edu/news/page/normal/10739.html?emailID=17426.

What Type of Professional Do You Need?
Titles can sometimes be confusing. Here’s a quick rundown of what different mental health professionals do and the type of care they provide for their patients.
Counselor. Mental health counselors work with individuals, families, and groups to address and treat mental and emotional disorders and to promote mental health. They are trained in a variety of therapeutic techniques used to address issues, including depression, addiction and substance abuse, suicidal impulses, stress, problems with self-esteem, and grief. Mental health counselors often work closely with other mental health specialists, such as psychiatrists, psychologists, clinical social workers, psychiatric nurses, and school counselors.

Social Worker. Mental health social workers assess and treat individuals with mental illness. Such services include individual and group therapy, outreach, crisis intervention, social rehabilitation, and teaching skills needed for everyday living. Mental health social workers are likely to work in hospitals, individual and family services agencies, or local governments. These social workers may be known as clinical social workers.
Psychologist. Developmental psychologists study the physiological, cognitive, and social development that takes place throughout life. Some specialize in behavior during infancy, childhood, and adolescence, or changes that occur during maturity or old age. Developmental psychologists also may study developmental disabilities and their effects. Often, clinical psychologists consult with other medical personnel regarding the best treatment for patients, especially treatment that includes medication.

Clinical psychologists generally are not permitted to prescribe medication to treat patients; only psychiatrists and other medical doctors may prescribe most medications.
Psychiatrist. Psychiatrists are the primary caregivers in the area of mental health who assess and treat mental illnesses through a combination of psychotherapy, psychoanalysis, hospitalization, and medication.
Psychotherapy involves regular discussions with patients about their problems. The psychiatrist helps them find solutions through changes in their behavioral patterns, the exploration of their past experiences, or group and family therapy sessions.

Psychoanalysis involves long-term psychotherapy and counseling for patients. In many cases, medications are administered to correct chemical imbalances that cause emotional problems.
These definitions are provided by the U.S. Department of Labor, Bureau of Labor Statistics, www.bls.gov

Baltimore's Child is written by parents like you. Want to contribute? Email our editor Jessica Gregg at [email protected]
Previous Fostering Your Child's Independence
Next More than Frogs and Snails and Puppy Dog Tails 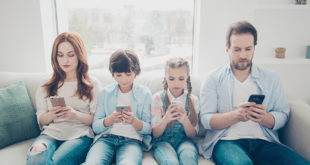