“Charlotte’s Web,” “The Hardy Boys,” “Goosebumps—what was your first chapter book as a kid? This month, we reached out to the Ivy Bookshop in Baltimore to see what early chapter books young readers should consider adding to their lists.

“Dory and the Real True Friend”

Despite her siblings’ warnings, Dory brings her imaginary friend to school and proves just how powerful the imagination can be—and quite possibly what a real friendship looks like—in book two of the “Dory Fantasmagory” series: “Dory and the Real True Friend” (Dial Books).

Imagine if you lived next door to a gardening cat or a musical hen? See all the fun and drama of living in an apartment unfold in “Sprout Street Neighbors” (Knopf Books for Young Readers).

“Piper Green and the Fairy Tree”

Go on an adventure with the spunky Piper Green after she discovers a Fairy Tree in her yard in “Piper Green and the Fairy Tree” (Yearling).

by Jory John and Mac Barnett

Major prankster Miles Murphy moves to the quiet, boring Yawnee Valley expecting to be the only person pulling pranks at his level in “The Terrible Two” (Harry N. Abrams). To his surprise, he’s not.

“Confessions of an Imaginary Friend”

“Confessions of an Imaginary Friend” (Simon & Schuster UK) is the story of Jacques Papier who, until recently, had no idea his existence was due to the active imagination of a girl named Fleur. In his own words, he tells his whimsical tale.

In Casey’s 13-year-old world, he’s a fierce huntsman—in a computer game. Meanwhile, another kind of hunter, Nashoba the wolf, is fighting to find his pack’s next meal in the wilds of Colorado. Read what happens in “Old Wolf”(Atheneum/Richard Jackson Books) when the two cross paths.

“Handful of Stars”
by Cynthia Lord

When Lily’s blind, elderly dog Lucky slips his collar, he leads her to a chance encounter—and possibly a life-changing friendship—in “A Handful of Stars” (Scholastic Press).

Have a book recommendation? We want to hear it! Email us at [email protected].

Previous With More Sports, Come More Injuries
Next Tale as Old as Time 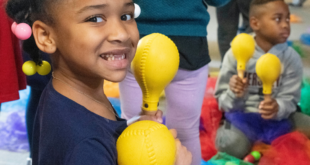