Teaching Kids about Love and Intimacy in the 21st Century As parents, we try and do our best to stay at least a few steps ahead of our children. But when it comes to teaching kids about “the birds and the bees”—aka the fusion of love, intimacy and procreation—we tend to stutter and stammer and sound not so experienced. Throw in some trends and practices that are fairly or even brand new to the 21st century—think gay marriage and kids’ rampant use of electronic communication, to name a few—and we parents can start to look less like the experts on sex education than ever before. It’s a failure on our part as parents, says a pro on the topic, but one that can be remedied.

“We have to be kids’ primary educators,” says Deborah Roffman, a nationally certified Sexuality and Family Life Educator who’s been teaching human sexuality education to middle- and high-school students at Park School and other area local independent schools for over three decades.

You may be thinking to yourself: “Well, of course, we as parents are our kids’ best educators.” But let’s be honest. When it comes to talking about sex with our kids, most parents would rather do just about anything else. That may be in large part because we’re going about it all wrong, believes Roffman.

Why ‘sex talk’ makes parents so nervous, but needn’t

Fortunately, Roffman has the ability to put even the most anxious parent at ease when it comes to seemingly tough questions from kids. The long-term educator who has explained the ins and outs of sex and intimacy to adolescents longer than some parents have been alive knows how to put things into perspective.

The problem, Roffman says, is that too often parents look at sex education from their own perspective, rather than that of children.

“If we just lean in and treat this subject in exactly the same way we treat all other subjects, we’ll be fine. But we treat it differently,” says the sex education guru and author, most recently of the book “Talk to Me First: Everything You Need to Know to Become Your Kids’ “Go-To” Person About Sex” (2013, Perseus Books).

Roffman encourages parents to respond to all their children’s seemingly complex questions—but not in an explicit and sophisticated way that will cause us (the parents, that is) to blush.

Rather than fretting over how difficult and potentially embarrassing it will be to explain to a 4-year-old, for example, the question that children this age have been asking since the beginning of time—“Where did I come from?”—Roffman suggests that parents focus on meeting their children where they are; developmentally, that is.

“The question is literally a question about geography,” Roffman insists.

“At 6, children are for the first time able to understand cause and effect; they are also able to grasp that they didn’t always exist,” Roffman says.

Quite simply, explains Roffman, it turns out the questions very young kids ask that tongue-tie so many parents have nothing to do with sex and intimacy, and everything to do with geography, transportation, and cause and effect. Knowing this should make it a lot easier for parents to respond to the questions about “Where did I come from?” with much greater authority and ease—even when there’s a slight twist to the format.

Say you’ve succinctly and successfully explained to your young child that she is the result of a sperm and egg joining together. Particularly precocious children may want to know who brings the sperm to the party, and who brings the egg. This, again, is an easy question to answer in a straightforward manner. But it may lead to another question, perceived as trickier.

What if you or a parent that your young child knows is single, or one of two moms or dads? The question may seem more loaded. Again, Roffman reminds us to relax.

A simplified explanation of in-vitro fertilization is all that’s required to satisfy the curiosity of a young child who wants to know how a baby resulted from familial circumstances other than a heterosexual couple that conceives naturally, says Roffman.

So, why do we freak out?

Because, again, as adults we tend to see things through our own lens, and not that of a 6-year-old, Roffman explains.

Nevertheless, such a question can catch any parent off guard. It froze Baltimore-area mom Robin Navarro in her tracks, making her wish at that moment that she could enlist the support of her partner Brigid, who was away at work when the question struck.

As Navarro recalls, her teenaged daughter was in kindergarten playing with a classmate when the bright 5-year-old said, out of the blue, “Wait a minute. You need an egg and a sperm to have a baby and you only have two eggs.”

Initially, Navarro was taken aback. She glanced at her daughter, who looked at her, waiting for a response. “I remember it being a really defining moment for our family. I called Brigid immediately after it happened,” Navarro says.

But ultimately, she responded to the little boy’s question with grace and self-assurance, saying, “A very kind gentleman who wanted to help a family gave us his sperm. We put it into Brigid and made a baby.”

With that, the two young children, satisfied at the response, went back to playing.

Once parents of young children understand that their little charges aren’t asking for graphic descriptions of sex when they pose the questions about their origins, they can indeed relax. But the sex education journey has only just begun at this point. Eventually, asserts Roffman, simple conversations revolving around geography and transportation can and should get deeper.

“They [young people] need to learn how to apply core values to sexual behavior. They need to understand—and it must be explained to them—the relationship between sexuality and intimacy,” Roffman says.

But even this shouldn’t be too terribly difficult of a task, says Roffman. In fact, Roffman calls it her “favorite conversation with fifth graders.”

For us adults, Roffman provides a wonderful and, again, simple explanation of how she introduces the topic of intimacy with her fifth-grade charges.

“I ask them to think about times in the past when they have cuddled with their parents. I ask them how it made them feel,” Roffman says.

Typically, the answers she receives includes descriptors such as “protected,” “happy,” and “relaxed.”  The responses are an appropriate segue for Roffman’s next comment.

“This is when I tell them about the very real need for human contact,” she says.

Clever, right? But how many parents would think to present intimacy in that way?

Roffman likens these conversations to concrete and necessary “building blocks,” not much different than progressive steps in math or reading class. “It’s important to build that scaffolding when kids are young,” Roffman says.

Students taught by Roffman are fortunate to get her simple, open and informative instruction. While it may be hard to believe, many children today find themselves bereft of any formal sex education.

So, what happens when kids don’t get adequate sex education from parents or school? “Kids have questions. And if adults aren’t available, they will turn to other sources,” Roffman says.

Unfortunately, these “other sources” can often mean misinformation from peers or older children or, given children’s increasingly wide and open access to the internet, an array of inappropriate images and messages.

For the most part, says Roffman, her students ask the same types of questions they did 30 years ago. But, she acknowledges, it’s clear from their comments that some students today have been exposed to pornography and websites that “give nothing but misinformation.”

Roffman laments the fact that, too often, we as parents are reluctant to serve as the authoritarian voice on the subjects of intimacy and sex education, and yet we agree to give our children smartphones and other mobile devices with internet connectivity—perhaps inadvertently allowing them unfettered access to a range of sexualized content inappropriate for children and adolescents.

“The missing discourse between parents and children and, often in schools, has to do with what kids have always needed. They need to learn how to apply core values to sexual behavior… Child and adolescent development hasn’t changed; it’s the world around us that’s changed. We have to catch up to it, get ahead of it,” Roffman says.

Teens Flirt, Date and Break Up in Cyberspace

How children and adolescents receive information about sex and intimacy isn’t the only thing that’s changing. So, too, is how they communicate with love interests as they venture into the world of dating and intimacy.

Not surprisingly, electronic communication now plays a big role in the world of teen flirting and dating. Based on a recently released poll from the Pew Research Center that surveyed more than 1,000 teens ages 13 to 17, much of the flirting between teens that once took place in person, over the phone or perhaps even via traditional letters now happens online. Here are some of the survey’s highlights (or lowlights, depending on how you look at it):

Just as today’s teens spend time flirting online, they also date in similar fashion. Whereas smitten teens once spent countless hours tying up the family phone line, these days text messaging trumps the telephone as a means for dating teens to communicate. To be specific, 92 percent of teens polled reported texting the person they’re dating, compared to 87 percent who said they talk by phone. Unfortunately, that’s not all teens are doing online.

A significant percentage of dating teens are forgoing the traditional means of breaking up via phone or in person for the much easier—and, lets’ face it, less mature—method: by text. Of the dating teens polled, 27 percent admitted to breaking up with their love interest via text; 31 percent reported being dumped in the same (cowardly) manner.

Reisterstown mom of three Jen Smith, whose name has been changed to protect the privacy of her 17-teenage son, recounts his first love and devastating break up. After dating his high school girlfriend for almost two years and with very little warning, he received a cursory “break up” text from her.

“He was devastated. We talked, and I told him: ‘You should ask to talk to her.’ I told him never to break up with someone via text,” Smith says.

Chances are, had Smith’s son been dumped in person, he still would have been heartbroken. But communicating and receiving sensitive information face-to-face builds resiliency, which ultimately helps teenagers grow up. Breaking up via text doesn’t just allow teenagers to avoid an uncomfortable situation in the here and now; it also contributes to a delay in the development of essential social skills expected of mature adults. It’s why breaking up is hard to do, and why we shouldn’t leave it to a few simple words sent via cyberspace.

The upshot? Teens aren’t typically dating people that they meet online (only 8 percent report doing so), but they are using technology to flirt and express interest in someone they’d like to know better. BC

Elizabeth Heubeck, a native of Baltimore, is a former editor of Baltimore's Child and the mother of two teenagers. Currently, she spends much of her spare time wishing she was a gourmet cook (or at least a solid short-order cook), hoping the piles of laundry would disappear and, in the warmer months, battling weeds in her flower beds.
Previous New Year’s Resolution: Jump Start Your Child’s Healthier Eating Habits with These Three Simple, Irresistible Recipes
Next It’s Here: Our 2017 Overnight Summer Camp Directory 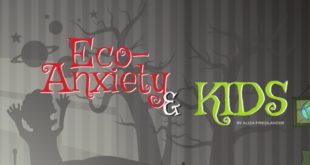